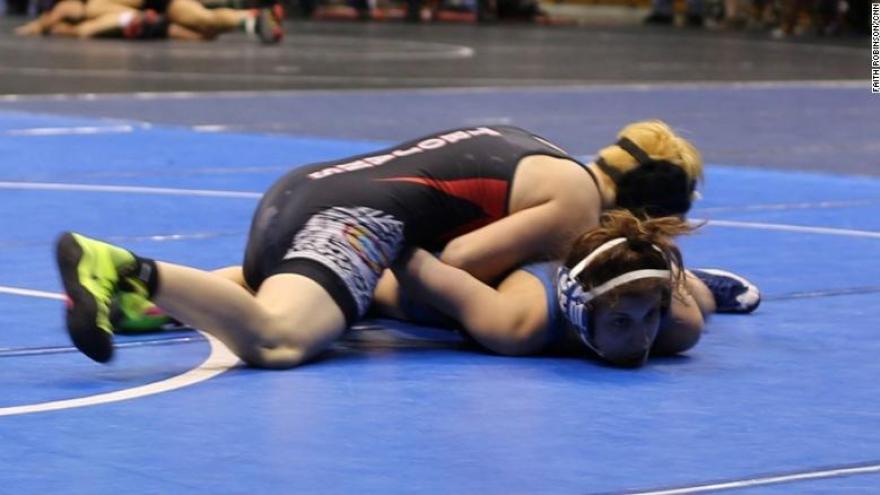 (CNN) Texas is proposing a bill that could keep transgender students out of high school sports.

The stated focus of the bill, SB 2095, is steroid use. But because gender confirmation often includes the use of steroids, critics say the true purpose of the bill is to discriminate.

"The real intent of the bill is to keep young transgender athletes from participating in sports," Sylvia Garcia of Houston, a Democrat, told CNN. "We need to make sure they're free to participate just like everybody else."

The state Senate passed the bill Tuesday, and it could go before the House as soon as Wednesday.

It is the latest in a string of controversial measures that opponents say unfairly target LGBT people, immigrants and religious minorities.

This year, a Texas teenage transgender boy, Mack Beggs, was allowed to wrestle only girls, because his birth certificate says he was female at birth. Some complained that the boy's prescribed testosterone treatment gave him an unfair advantage over girls.

Sen. Bob Hall, a Republican from Edgewood, Texas, who wrote the bill, said he intends to keep students safe and competitions fair.

CNN reached out to Hall on Wednesday but has not heard back from him.

The Texas Tribune quoted him as saying, "This bill is not addressing who plays on what sports. This bill is addressing individuals who ... are taking steroids, then make sure, as a result of that, the events remain safe and fair."

State law already bans steroid use, but it allows a "safe harbor" exception for students using steroids prescribed by a doctor, said Garcia, the Democratic senator.

The bill would give authorities the power to block kids from playing. The board could find that an individual's steroid treatment affects safety or fair play.

"All young people should have the opportunity to play interscholastic sports and have their personal dignity respected," advocacy group Equality Texas said. "Transgender people are no different."

The group said the state of Texas discriminates by letting kids play only according to the gender on their birth certificates.

It said six other states have similar policies.

The bill "does not eliminate the birth certificate problem, and creates the potential for student athletes like Mack Beggs to be prohibited from competing in sports altogether," Equality Texas said.

Here is the status of some of the other controversial measures in the Texas Legislature this year:

• Religious adoption: The House passed a bill to let adoption agencies reject potential parents on religious objections, including gays, single people and anyone of a religion objectionable to the agency. The Senate will consider the bill.
• Public restrooms: The so-called bathroom bill missed a key deadline in the House after passing the Senate. It would require people to use public restrooms based on the gender on their birth certificates.
• Sanctuary cities: Gov. Greg Abbott signed into law a bill banning sanctuary cities. It establishes criminal and civil penalties for local government entities and law enforcement that don't comply with immigration laws and detention requests, the governor's office said.

"A lot of it has to do with the political climate," Garcia said. "It seems that every year there is a new target."