Terror-Tracking Device Being Used to Track Everyday Criminals in Milwaukee 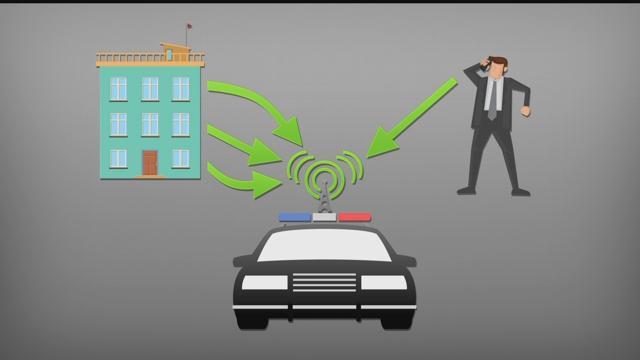 It started as a device created to monitor suspected terrorists, but it's now being used to catch everyday criminals.

A privacy activist says your information could be  captured while Milwaukee Police use this cell phone tracking technology known as stingray.

The ACLU is actually taking Milwaukee Police to court over an arrest they made using this technology.

Opponents say whether you're inside your phone is off, or if you're not the intended target, you're being tracked, and it's going too far.

"Unless you're a high level geek and a little paranoid, you'd not normally be aware that you're being tracked using one of these devices," said Mike Katz-Lacabe, a privacy activist who has requested records of Stingray use from MPD and other departments across the country.

Information like your phone's serial number and your location being sent from your personal device and those of others around you to police via a nearby Stingray tracker.

"If it's in an urban area, you could be intercepting phone calls from hundreds of people," said Katz-Lacabe.

Katz-Lacabe says documents show MPD has  used the technology since 2010 but likely not to eavesdrop on calls or texts.

"The software that local law enforcement is allowed to purchase doesn't have the capability," he said.

What bothers him is that the FBI requires local police departments to sign a non-disclosure agreement where they promise they won't acknowledge using Stingray technology, not even to a judge, without FBI permission.

"In this country we have laws that protect even those accused of crimes so they can confront the accuser and evidence against them. In this case, police departments are taking steps so the defense or judge can't determine these devices are being used," said Katz-Lacabe.

And records released to him show the technology's been used 579 times by MPD since 2010. But the records don't show if a search warrant or court order was issued; normal protocol if law enforcement was getting records through a cell phone provider.

And that's what's got Katz-Lacabe calling for change.

"If its being used for common criminals then it needs to come under the type of oversight that all the other investigative tools of law enforcement come under," he said.

We reached out to MPD for a statement. They said because this is pending litigation, they won't be commenting.