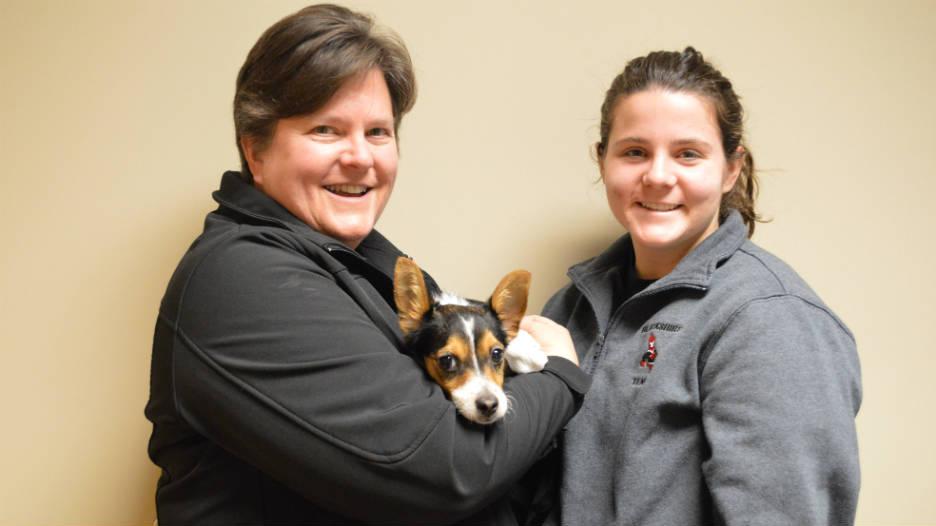 The Wisconsin Humane Society reports the 5-month-old Terrier puppy who lost a leg in an attempt to free herself has been adopted by a Waukesha family.

According to the humane society, Elsa was left home alone when the dog got tangled in curtain cords. The dog's owner found she chewed off her hind leg in an attempt to free herself. The dog was brought into the Wisconsin Humane Society in Milwaukee where veterinarians performed surgery on the puppy. Wisconsin Humane Society VP of Communications Angela Speed told CBS 58, \"Dogs, especially puppies, can learn to adapt and function very well on three legs, and usually keep up with four-legged counterparts with no problem.\"

Jane and her daughter Keely from Waukesha were waiting outside humane society doors the first day Elsa was available for adoption. According to the humane society, Jane has experience working with dogs who have suffered severe leg injuries. Jane helped one of her past dogs make a full recovery following a severe leg injury.