Teenager on bicycle struck by truck in New Berlin 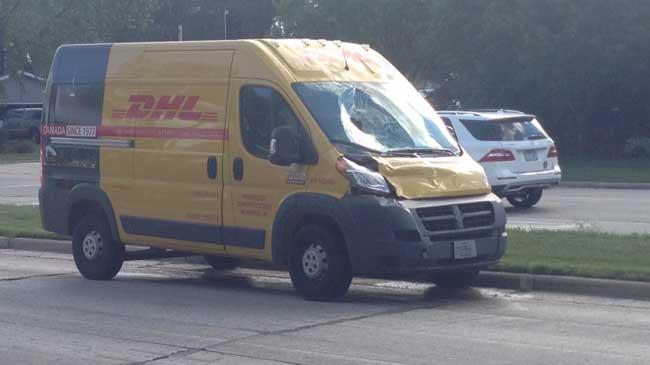 A 14 year-old boy on a bicycle was struck by a truck at the intersection of Moorland Road and Mayflower Drive around 2:48 PM.

The bicyclist sustained a head injury and was transported by the New Berlin Fire Department ambulance to Froedtert Hospital.  The driver of the truck was not injured.

At this time, alcohol is not considered a contributing factor for the accident.

Moorland Road in New Berlin will be closed to northbound traffic from Beloit Road to Howard Avenue while the accident investigation team is investigating. This will last through the evening rush hour, at least until 6pm.  Traffic is backing up on I-43 at this time.
Share this article: