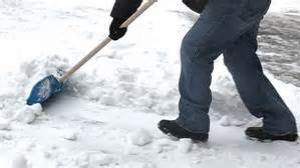 POTTSTOWN, Pa. (CBS Philadelphia) – A woman who was eight months pregnant died over the weekend in Pottstown, Montgomery County from shoveling snow, according to her family.

18-year-old Briahna Gerloff suffered from a heart condition, according to her family. She was shoveling with her younger brother, then went into the house.

Briahna was later found by her brother, unconscious on the floor. She was taken to the hospital where she was pronounced dead.

The family has set up a GoFundMe page which you can find here.