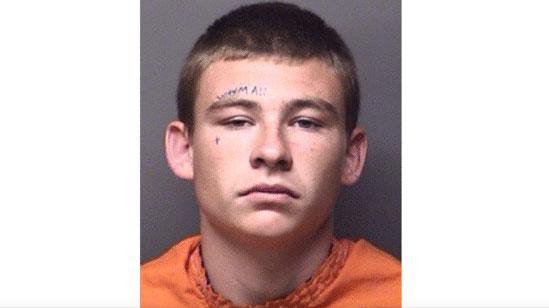 CLAY COUNTY, Texas (CBS NEWS) - An 18-year-old is charged with capital murder for allegedly fatally shooting his 3-year-old stepson in the head.

George Coty Wayman is accused of shooting Dominic Castro just before 3 p.m. on Tuesday. The shooting occurred at the family's trailer in a remote area of Clay County, Texas, near the state's border with Oklahoma. The boy was airlifted to United Regional Health Care System in Wichita Falls and died there on Wednesday morning.

Initial reports indicated that the child accidentally shot himself, but according to the arrest warrant, after interviewing eyewitnesses in the bedroom where the shooting occurred, investigators determined that Wayman "pointed and discharged the handgun."

The Wichita Falls Times Record News reports that Clay County Sheriff Kenny Lymons said Wayman pointed the gun at the child to get him to stop jumping on the bed.