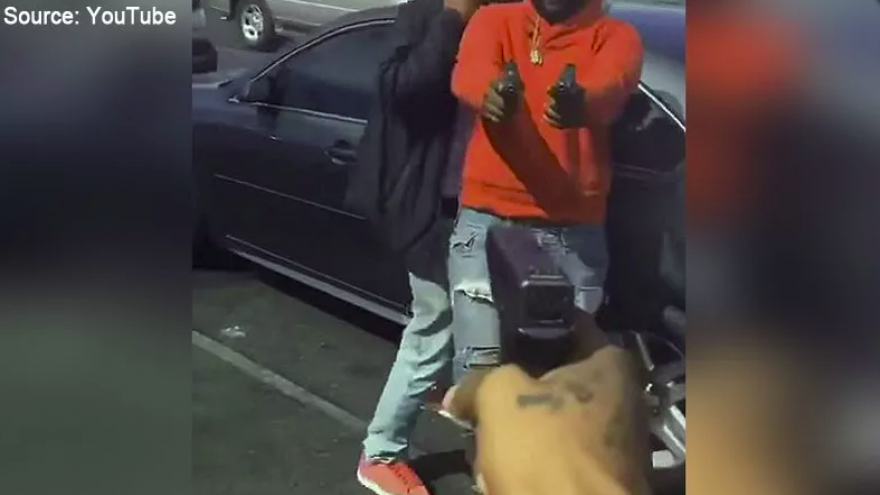 MEMPHIS, TN (WMC) - Not many people have heard of it, but a dangerous internet challenge is gaining popularity.

According to Memphis Police Department, one of the city's latest shootings stemmed from this challenge.

It's called the No Lackin Challenge.

On YouTube, videos of the No Lackin Challenge show people pulling guns on their friends and their friends pulling out a gun too. However, no one pulls the trigger.

Early Thursday morning, a 17-year-old was shot in the head at E's cafe on Union Avenue.

According to the affidavit, 21-year-old Sherman Lackland was sitting in a booth with two people he knew, playing the No Lackin Challenge when Lackland reportedly accidentally shot his friend.

"A real loud bang, then I see the guy across from him fall in the floor,” said Thomas Fitzpatrick, who was inside the restaurant when the shooting happened.

"He started grabbing him and telling him to get up and then he was kind of mad and was swinging stools and stuff,” Fitzpatrick said.

Lackland is now facing charges after playing a game some say should never be played again.

"That's not what they're made for, and they shouldn't be having guns in the first place,” Rebecca Birch said.

"It's something that you shouldn't tamper with,” West Moore said. “It's too many kids being killed as it is.”

At last check, the victim is in critical condition.

Lackland is charged with aggravated assault, reckless endangerment, and unlawful possession of a weapon.