Teen killed after haunted hayride in Maine flips over 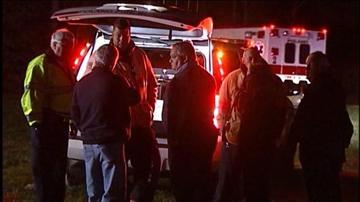 (CNN) -- A 17-year-old girl died after a haunted hayride flipped over in Maine, police said Sunday.

The teen was airlifted to a hospital after the accident Saturday night, Central Maine Medical Center spokesman Chuck Gill said.

More than 20 other people were injured, CNN affiliate WMTW reported.

The accident happened during what's called The Gauntlet, a spooky hayride through forest that includes \"things that jump and scream in the night.\" The activity is part of Pumpkin Land, a venue featuring a variety of Halloween-themed activities in Mechanic Falls, about 30 miles north of Portland.

The 17-year-old who died was on the ride with other students from Messalonskee High School in Oakland, Maine, according to WMTW.

Investigators say they think a mechanical problem prevented a Jeep that was towing a tractor-trailer from stopping, WMTW reported, citing the state fire marshal's office. The Jeep went off the road, careened down a hill and slammed into a tree in a heavily wooded area around 8:30 p.m. Saturday, the CNN affiliate said.

Authorities have impounded the Jeep and are investigating what caused the crash.