Teen faces charges after jumping into aquarium in Denver store 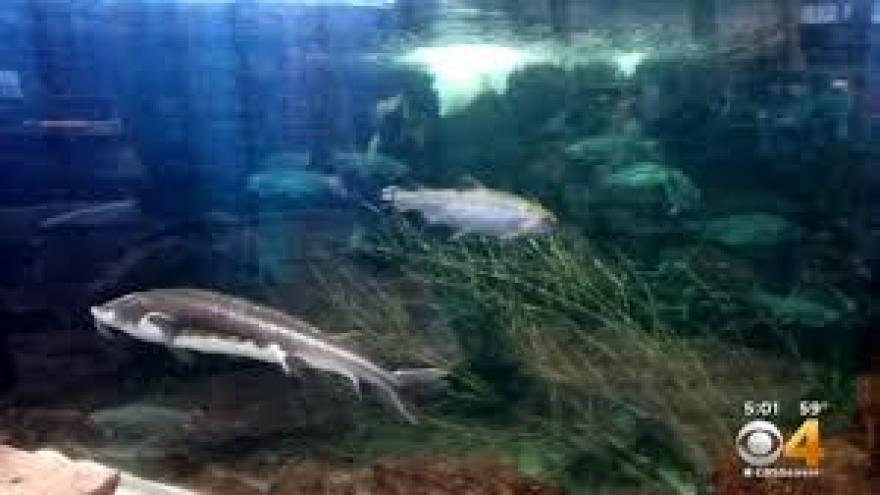 (CBS NEWS) DENVER -- Charges are pending for a teen who jumped into an aquarium at an outdoor and sporting goods store in Denver, CBS Denver reports.

The teen suffered a head injury after witnesses say he jumped from a ledge about 30 feet high on Saturday evening.

Witnesses said the teen jumped into the tank while his friends recorded video inside the store, Bass Pro Shops, in Stapleton.

The large signature tanks in every Bass Pro Shops across the country have native fish that customers enjoy viewing. Teens have posted video on social media of others pulling the same prank at different stores in various states.

Hammond said he does not think the prank is funny.

\"I think it's the wrong thing for them to do, because of the ecosystem that it upsets,\" Hammond said.

A company spokesman said the aquatic animals were doing okay.

\"Yesterday a teenage minor attempted to enter our aquarium as part of an intended prank,\" the spokesman said in a statement. \"Our associates and security team quickly addressed the issue safely and without incident. We also appreciate the assistance of local law enforcement.\"

\"Such occurrences are extremely rare and highly discouraged,\" he added.

Anderson said that videos on popular sites like YouTube can encourage kids to do things that they ordinarily would not do.

\"Social media,\" Anderson added. \"Honestly. I mean, peer pressure, and just to post things to get your five minutes of fame.\"

A Denver Police spokeswoman said the teen was required to go into the station in the upcoming week to meet with detectives.

There was no word on his condition.

Professionals will continue to monitor how the fish are doing in the Bass Pro aquarium.