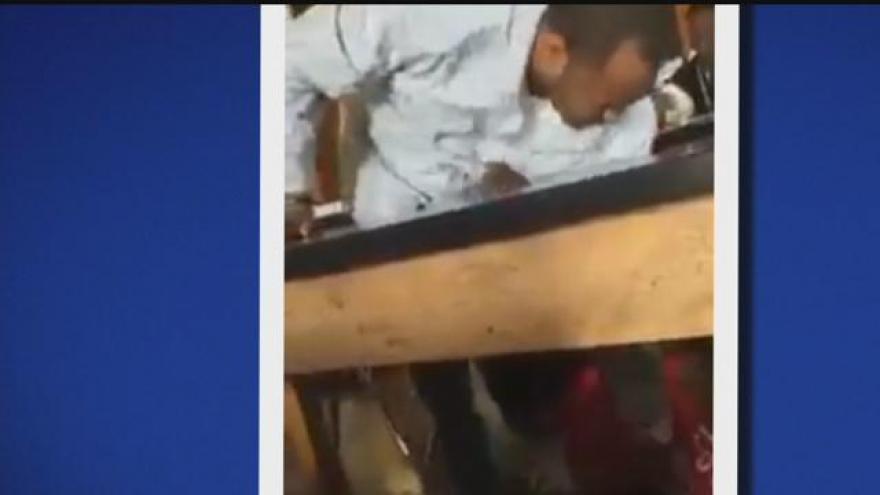 The incident was captured on camera Wednesday morning, and has quickly received national attention.

Students say it happened during a freshman biology class, following a brief argument between the staff member and student.

The staff member was removed by security, and arrested by police.

Court records show the aide has no criminal background, and was hired by the school district in November. District records from 2015 show he was making just under $18,000.

CBS58 is not naming the aide, since he has not been formally charged.