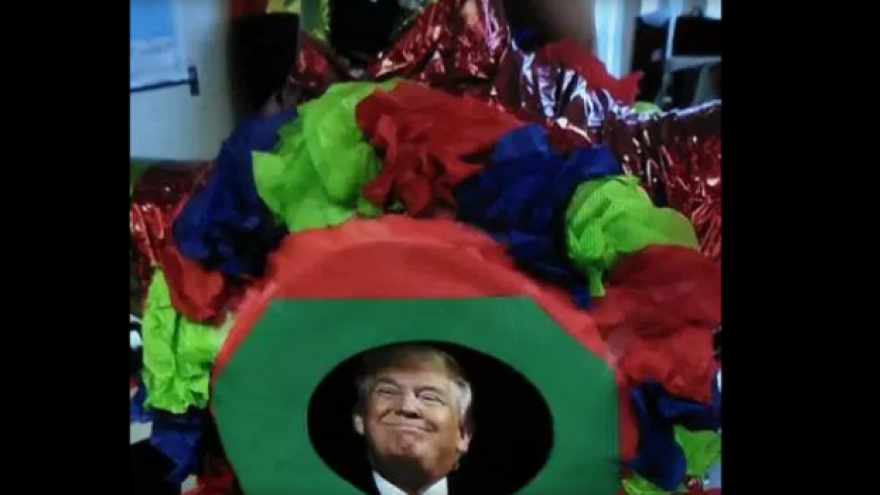 JOHNSTOWN, Colo. -- (CBS NEWS) A teacher who allegedly allowed students to hit a piñata with President Donald Trump's face on it has been placed on paid administrative leave, CBS Denver reports.

Video and pictures of the celebration were posted on Snapchat, a social media app popular among teens that allows users to share images for a set amount of time.

When Roosevelt High parent Lesley Hollywood saw the videos on Snapchat, she immediately took offense to it.

"It is disturbing that this would be happening in a school setting," Hollywood told CBS Denver. "Why divide people? Why do this? There are so many other ways we can address politics in schools."

Hollywood, who did not vote for Trump, said the disrespect towards the nation's leader was what concerned her.

"I wouldn't have cared if it was Obama's face on that piñata, or if it had been Hillary Clinton's face," Hollywood said. "It doesn't matter. This is not how we should be teaching our children politics in this country."

In a written statement, Foster said an investigation into the teacher's actions is underway.

"This was an incredibly disrespectful act that does not reflect the values of Roosevelt High School or the district," Foster said.

Students at the school wrote Hollywood telling her Mexico's president, Enrique Peña Nieto, was also on the piñata. However, neither district officials nor video evidence suggested that was the case.