"Taste of Ireland" To Fund Catholic Education in Milwaukee 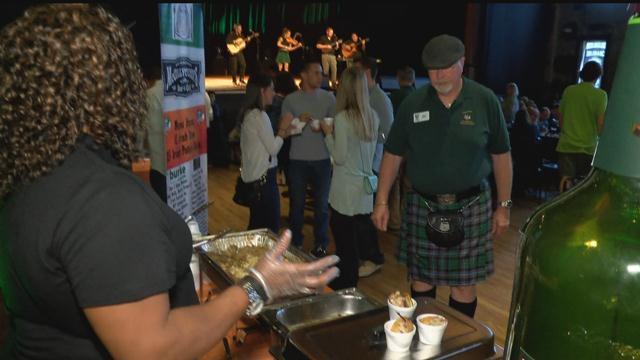 Dublin O'Shea among the live entertainment who took  the stage Thursday, September 22nd at Tuner Hall for the annual "Taste of Ireland" event.

It marks halfway to St. Patrick's Day and is sponsored by the  Ancient Order of Hibernians, Rev William J Kelly S.J. Division.

In addition to great live music, folks tasted great food and voted for their favorite Irish Stew in Milwaukee's only competition where you pick the winner!

Notre Dame School of Milwaukee, affiliated with the School Sisters of Notre Dame, Central Pacific Province, is one of the three schools that will benefit from the money raised through ticket sales and silent auction items.

99% of the students that attend N.D. Middle School go on to graduate from High School, and many go on to college.

The Ancient Order of Hibernians (AOH) is an Irish Catholic fraternal organization.

The name is reference to Hibernia which is Latin for the island of Ireland.

Formed back in the mid-19th century to assist Irish Catholic immigrants, and churches and schools which were the subject of vandalism and attacks given the racist views towards the Irish when they first came to the United States.

"Throughout the United States the Irish did face persecution," recalled AOH Milwaukee President Shawn Lundie. "Today we're better off than our ancestors. But, we still promote Irish culture and Catholic education which we think it still important today."

There are also divisions for women called the Ladies Ancient Order of Hibernians.