Target Store Workers Save Panicked Couple From Getting Scammed Out of $4,000 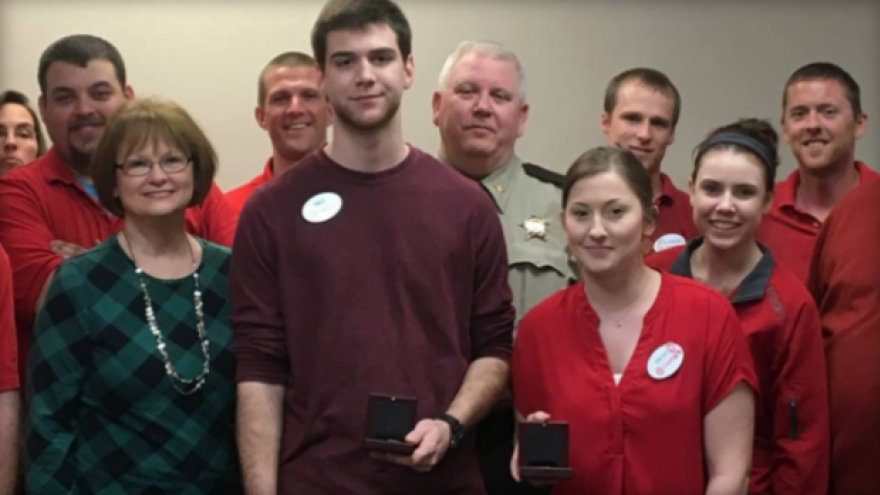 (CBS) A pair of Target employees are being praised for saving an elderly couple from falling victim to a vicious scam that would have drained their bank account of at least $4,000.

In late January, a couple from Hanover County, Virginia, received a suspicious phone call from an unknown number. The caller claimed to be a police officer, explaining that their grandson had just been arrested.

“The person posing as a police officer explained to the couple that if they wished to get their grandson out of jail, they would need to purchase two Target gift cards of $2,000 a piece,” the Hanover County Sheriff’s Office said in a statement on Tuesday.

Concerned, the pair immediately drove to the nearest Target in Mechanicsville with a credit card in hand. When they walked through the sliding glass doors they took a direct turn toward the register, plucking two gift cards from a nearby wall.

The cashier, Matthew Drye, asked how much they wanted to put on the cards.

Hesitant, Drye asked the couple why they needed two gift cards for such a large sum of money. He called his coworker, Mariah Thomas, over to assist as he continued to chat with the seemingly panicked pair.

As the couple carefully explained their situation, both Drye and Thomas looked at one another, and told the couple that they might be getting scammed. It turns out, they were right. Their grandson was safe at home — not in some jail cell awaiting their rescue.

“This simple act of kindness made the couple question their decision and they too recognized they had fallen victim to a heartless scam,” the sheriff’s office said.

The scam, known as the “grandparent scam,” has been around for years. Usually, it involves the scammer calling senior citizens, impersonating a grandchild in distress, begging for cash. In 2015 alone, the Federal Trade Commission received 10,565 “family/friend impostor” fraud complaints, according to the AARP. Earlier this year, the FTC reported that impostor scams have overtaken identity theft as the biggest fraud problem in the country.

On Tuesday, Drye and Thomas were awarded Hanover County Sheriff’s Office Challenge Coins for following their instincts, which ultimately kept the couple’s hard-earned cash in their own pockets, where it belongs.

“As law enforcement officers, we can’t be in all places at all times. It warms my heart to see our citizens go above and beyond to help each other, which in turn acts as another set of eyes and ears for the Sheriff’s Office,” Col. David Hines said.

Lee Bowles, who identified herself as the couple’s daughter on the sheriff’s Facebook page, thanked the employees and police for saving her parents from making a terrible mistake.

“I had never heard of this scam before but grandparents will do crazy things when they think their grandchildren are in trouble,” Bowles said.