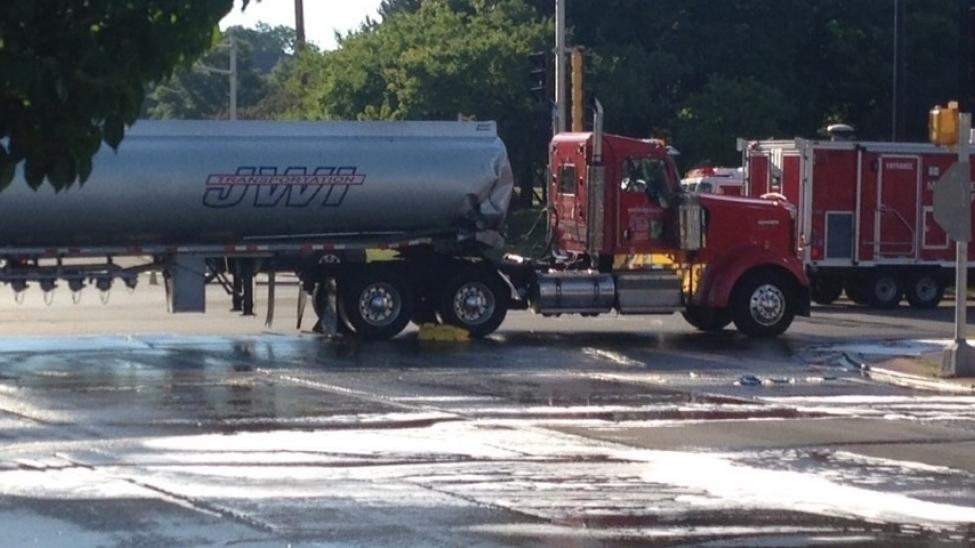 Two-thousand gallons of fuel spilled onto Highway 100 Tuesday morning after a crash involving a tanker near the Milwaukee/Hales Corners border.

The southbound lanes of WIS 100 at Janesville Road remain closed due to a tanker truck incident. The fuel spill has been contained and cleanup efforts are underway. Detours are set up to take motorists around the scene of the incident.
Some congestion is expected to remain even after all lanes are reopened. The current estimate to get the lanes fully reopened is 2 p.m. today. Motorists are being asked to avoid the area if possible.
Hales Corners is the responding agency with this incident.

This is by far the worst (spill) that I've had in my 26 years with the department,\" Deputy Chief Martin Freibergs with the Hales Corners Fire Department said.

Investigators on the scene tell CBS 58, the tanker was going southbound on Highway 100 when it was hit by another truck. The fuel spilled out near the intersection of Highway 100 and Janesville Road.

Hazmat crews arrived at the crash around 8:15 a.m. The Wisconsin Department of Natural Resources also responded due to concerns that the fuel is going into a nearby creek.

No one was hurt during the crash, but it did impact the morning commute.