Sunday marks one year to the day when rioters filled Milwaukee streets to protest after the death of Sylville Smith.

"The people in this neighborhood, they were scared to come back to this park. you've got over a hundred some people," said Thaddeus Ashford.

Ashford is Sylville Smith's cousin. He and Smith's brother Sedan decided to celebrate the anniversary of his death by giving. They helped host a back to school event at the Sherman Park.

Sedan says it's his mission to change the way people think of Smith's death, and one year after the fires and unrest, Sherman Park is a picture of families and friends remembering Sylville Smith.

"He'd probably just smile and be proud of what we're doing," said Ashford.

Smith's son was there for the celebration. Hundreds of kids received a free backpack and school supplies. Haircuts, face painting, games and a hot meal also kept kids busy.

Smith's family say it's their way of giving back after the community supported them.

"They took something from us last year, and we're going to give back... last year we had the riots and everything going on like that, burning everything down in the city," said Ashford.

But today, "we're having a peaceful gathering, in the name of my cousin Sylville Smith.

A second back-to-school event will be held August 20th. 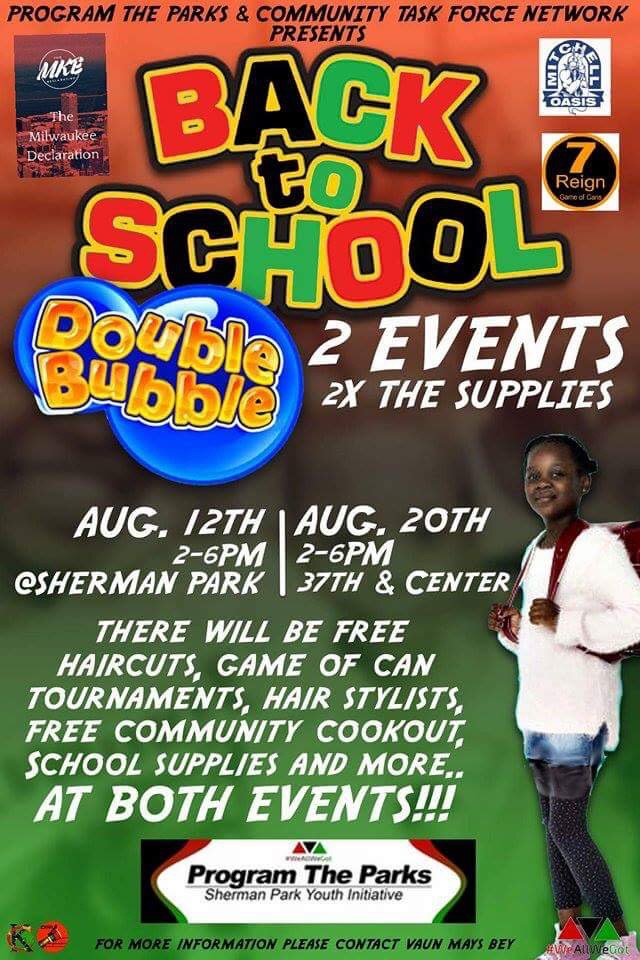