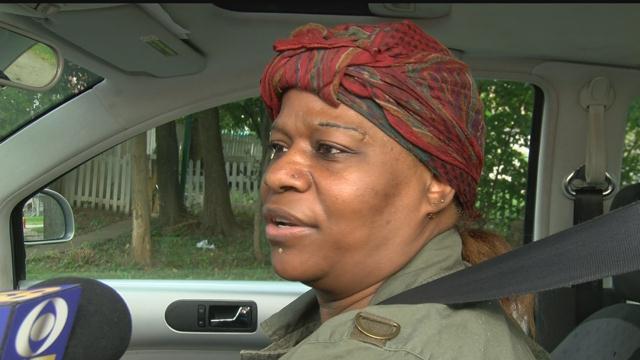 On Wednesday morning a memorial taken down after it was put up for the man fatally shot by police in Sherman Park.

Sylville Smith’s mother is breaking her silence and only to CBS 58's Amanda Porterfield.

It was attached to a tree where there are only a few balloons now.

Since he was killed, people had been gathering at the tree in his honor.

Those gathering included his mother

This tree on 44th and Auer is where Sylville Smith’s family said Milwaukee Police pulled him over.

Before an officer shot and killed him after a brief chase nearby.

“Why bother his stuff, what's going on I am not understanding,” said Haynes.

Milwaukee Police said Alderman Khalif Rainey asked for it to be removed.

The family made an agreement with he and neighbors weeks ago that gatherings around the tree wouldn't go past 10pm.

“I was out here last night in the rain by myself, and nobody has been by the tree for the last three days but me and I don't know why they took everything off his tree. I am not understanding,” said Haynes.

On Wednesday night, officers were parked nearby monitoring the site.

Haynes said police have not released video of the shooting or named the officer.

She hopes now that will be the next step.

According to the latest city ordinance about roadside memorials made in 2005..

The commissioner of public works can dismantle and discard a roadside memorial left on or within the boundaries of any public street, sidewalk or walkway after 30 days from the date of the fatal incident.