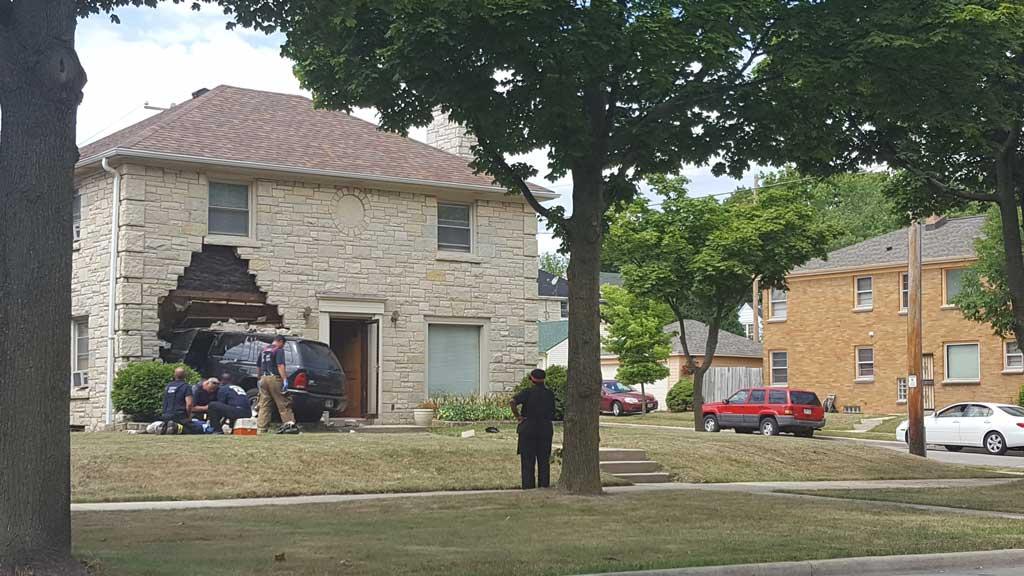 An SUV has driven into a home at 51st and Vienna.

You can see this huge hole where the car slammed into a man's home. The man tells me he had just left to run an errand when the accident happened.

Police said the accident happened around 12:40 this afternoon, when a Dodge Durango and a Honda Civic, were involved in the crash and the Durango hit the house.

Witnesses said there was some confusion of which car had the right of way at the intersection and the driver of the Durango tried to swerve to avoid an accident.

The Durango ended up crashing into the house.

The homeowner, Arthur Wilson, hadn't been gone 15 minutes when he got a call about a car hitting his house.

The driver of the Durango has no- life threatening injuries.