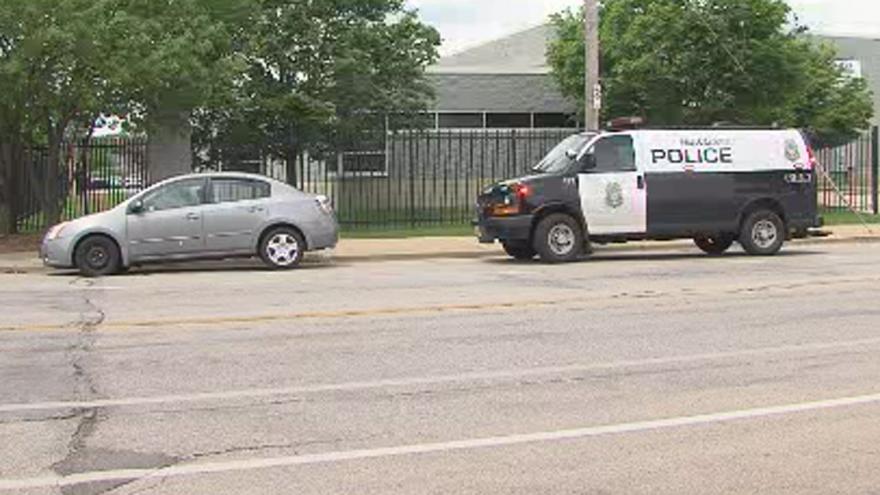 Some residents in Shorewood woke up to gun shots and police tape early Wednesday morning.

Everything started at about 5:00 a.m. at the intersection of Pinedale Court and Morris Boulevard. Police say there were two suspects in the vehicle but one is still on the run.

According to the criminal complaint, a Community Service Officer reported a suspicious vehicle in the area. Officers responded to the scene and then found the vehicle had been reported stolen.

A high risk traffic stop was conducted but the suspect vehicle then drove towards officers striking two squad cars.

It then police say an officer fired at the vehicle.

The pursuit continued for several blocks stoppings near Holton and Vienna Avenue.

Police say the suspects then fled on foot.

One suspect was taken into custody but they’re still looking for the other suspect.

At this time no description has been provided of the missing suspect.

Officers recovered a firearm from the vehicle. There were no reported injuries.

Consistent with agency policy, the officer who fired the weapon has been placed on administrative duty pending the investigation.

The Milwaukee Police Department along with Wauwatosa, Greenfield, and Oak Creek are handling the case, per state law.