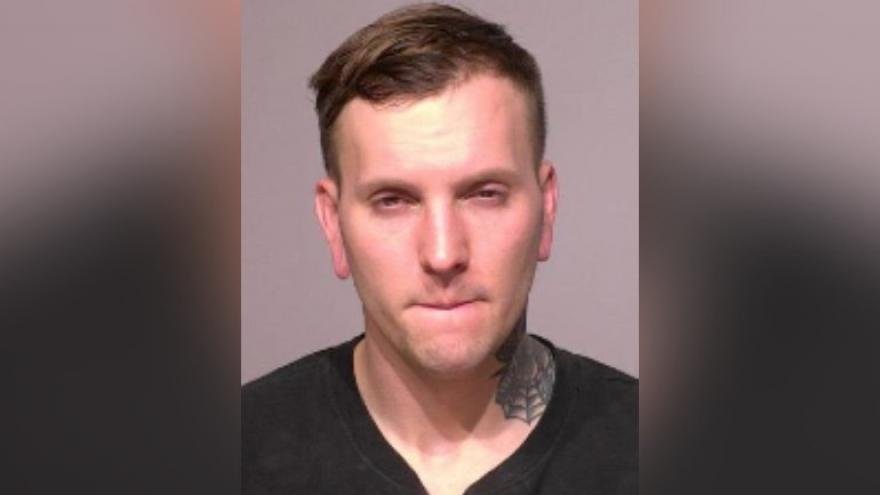 WEST ALLIS, Wis. (CBS 58) -- A suspected drunk driver is facing charges after allegedly driving into a porch while trying to hit a woman with his car.

According to a criminal complaint, officers responded to a home near 70th and Mitchell around 10:18 p.m. Jan. 10. Upon arrival, they found a car in the front yard. The vehicle had struck concrete steps and a railing leading up to the residence's porch and front door.

Police spoke with the victim, who said she had been sitting in her parked car on Mitchell street waiting for her boyfriend to come outside, when a man, later identified as Krumree, slowly drove by while staring at her. The victim said she mouthed the words, "what are you looking at?" and Krumree made a sudden U-turn and drove up behind her.

She said this scared her, and she drove away as Krumree followed her. The victim made several turns to try to lose him, and at one point Krumree's car struck the woman's vehicle, causing damage to the passenger's side.

The victim said she then drove back to the residence at 70th and Mitchell, ran up the steps and began banging on the door to be let inside. She said Krumree turned his vehicle toward her, accelerated and drove onto the lawn directly toward her. The vehicle hit the porch steps and got stuck. Krumree then got out of his vehicle and started coming toward the victim, who jumped over the porch railing and fell, hitting her face on the ground.

According to the complaint, Krumree looked at her, said "I don't even know you," walked back to his car and tried to drive away before fleeing the scene on foot.

The victim told police that she had never seen Krumree before and had no idea who he was.

West Allis police searched a home tied to the vehicle's registration and found Krumree hiding behind a furnace in the basement. While being taken into custody, he said to officers, "I crashed bro, that's a DUI" and "is the girl okay?"

Krumree refused a preliminary breath test, and officers obtained a warrant for a blood draw, which was conducted around 1 a.m. on Jan. 11. During the blood draw, Krumree said to hospital staff, "I probably shouldn't drink and drive," "I'm still drunk," and admitted that he had used cocaine and consumed beers and shots.

The results of the blood draw are still pending.

He is due in court for a preliminary hearing on Feb. 3.