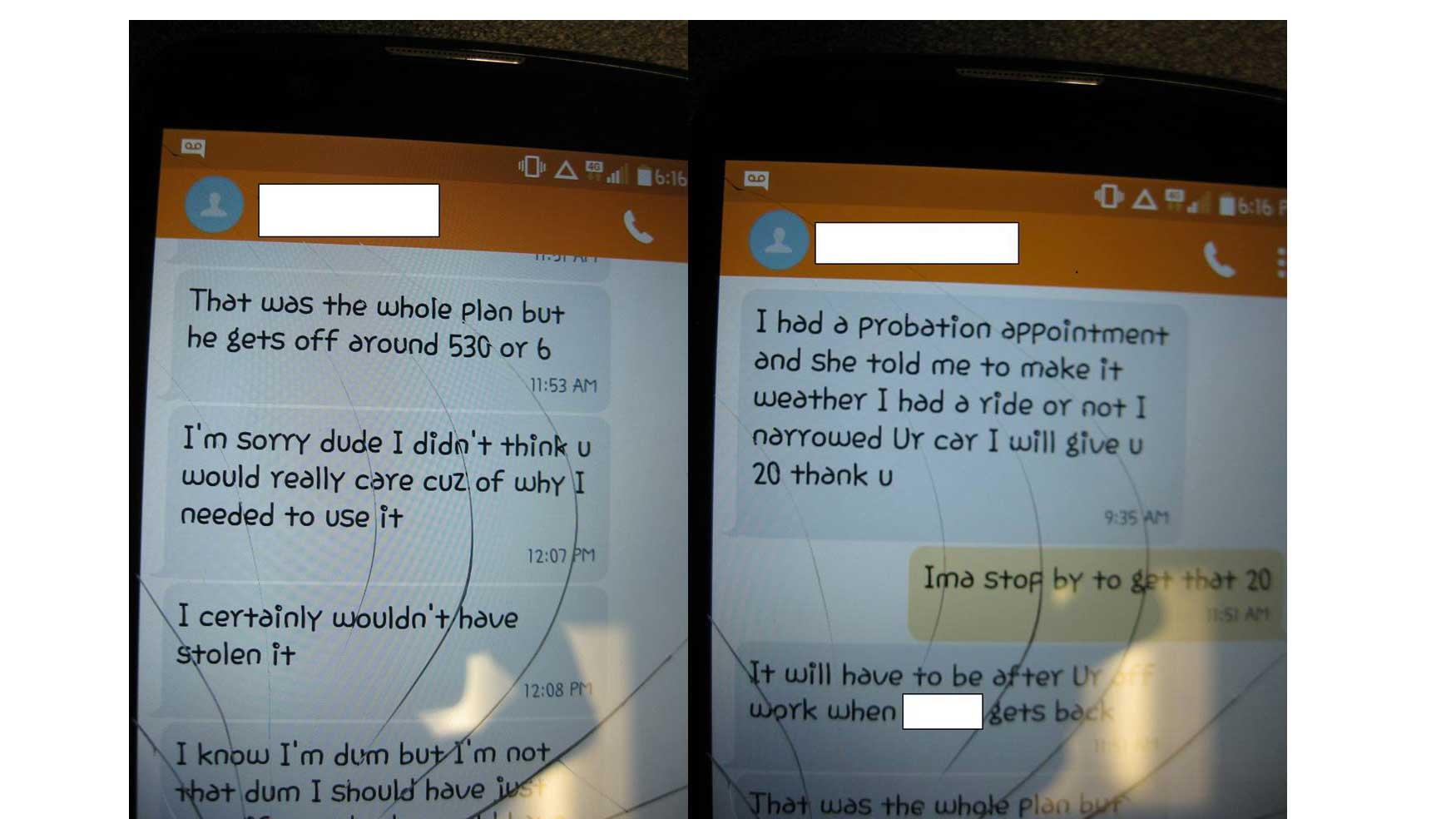 Text messages cleared the owner of vehicle that was used in a criminal act.

According to the Washington County Sheriff’s Office, a man had his vehicle parked outside of his place of employment.

After the lunch hour, he noticed his vehicle had been moved.

Upon checking his phone, he noticed that he had several text messages from an acquaintance who used it without asking.

The text messages indicated the suspect, a 33 year-old Town of Addison man, needed to use the car to appear for an appointment with his probation officer.

The subsequent investigation revealed the suspect actually used the car in the commission of a crime when he went to a large retail store in the City of West Bend to steal a TV.

According to Washington County Sheriff's Office, the suspect did not actually have an appointment with his probation officer, until now. He remains in custody.