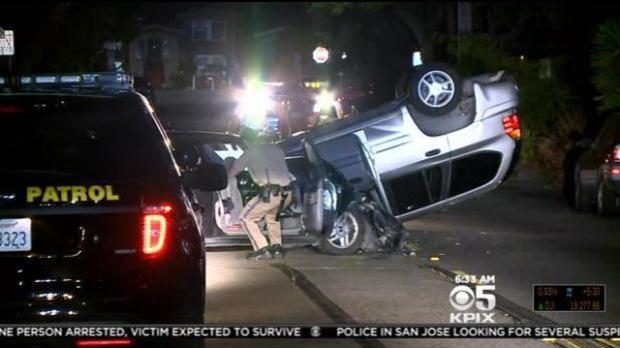 (CBS NEWS) When the police are chasing you, and you think you're in danger, the best thing to do -- at least in the mind of one California suspect -- is to call 911

\"Stop chasing me! I am going to crash!\" said the man being pursued in a stolen car from Concord to Berkeley, in the Bay Area. \"Tell him to stop chasing me! Tell the helicopter to get away from me!\"

The California Highway Patrol was chasing the suspect late Sunday night, driving down three separate highways, jeopardizing other drivers with the police chopper on his tail, but refusing to pull over. Eventually, he crashed into an SUV, injuring the other driver.

But he also managed to escape the crash and police have launched a manhunt for him.