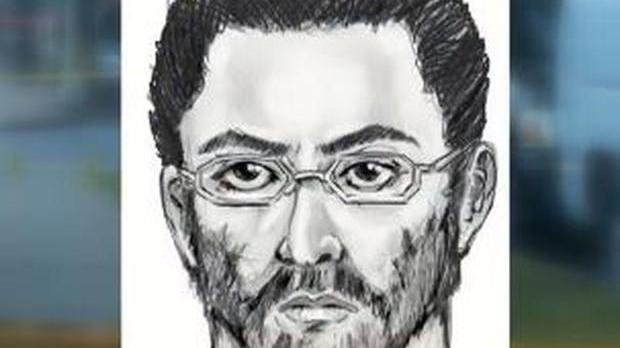 NEW YORK -- A man suspected in the fatal shooting of an imam and his friend as they left a mosque in New York City has been arrested on charges of second-degree murder and criminal possession of a weapon.

Charges against 35-year-old Oscar Morel, of Brooklyn, were upgraded on Monday after police say they recovered a revolver at his home and clothes similar to that being worn in surveillance video that shows the gunman.Morel was arrested on Sunday after police say he hit a bicyclist 10 minutes after Saturday's shooting in Queens. It wasn't immediately clear if he has an attorney who can comment on the charges.

Authorities have not said what prompted the daytime shooting of Imam Maulana Alauddin Akonjee and Thara Uddin.

Earlier Monday the NYPD said it believed a man they had in custody was the person behind the shooting.

NYPD Chief of Detectives Robert Boyce said during the press conference Monday night that they believed the suspect in custody for a hit-and-run in Brooklyn is the same person who killed the imam and his assistant.

"We strongly believe this is the individual," Boyce said.

"Detectives were able to develop a strong lead into a suspect very early on based on an unrelated incident that occurred in Brooklyn, approximately 10 minutes after the shooting, three miles away," Bratton said.

Boyce explained the car involved in the hit-and-run was identical to the car the suspect got into following the double shooting.

CBS Radio affiliate 1010 WINS reported that a bicyclist was able to give the authorities a license plate number, and police found the description of that vehicle very similar to the description of the getaway vehicle connected to the shooting.  Boyce said police found the vehicle and monitored it until the person emerged about 10 p.m. Sunday. When detectives approached the car, Boyce said the man then rammed their car.

Boyce said the Hispanic male was there eight minutes prior to the shooting and that a motive has not yet been determined. A search warrant had been obtained for the home in East New York, Brooklyn.

Mayor Bill de Blasio said "the killer will be brought to justice."

"The NYPD is well on its way to fulfilling that mandate, bringing this case to fruition, and bring justice to a community that's hurting so deeply right now," de Blasio said. "It's also clear there's a lot of fear in the community. It's a very rare thing to see a cleric killed and members of the Muslim community have been on edge because of the atmosphere already that existed in this country, particularly over the last few months in our national debate."

Earlier Monday, as CBS New York reported, about 1,000 mourners came together to honor the lives of Akonjee and Uddin. They were both shot and killed in the middle of the street in broad daylight in Ozone Park, Queens, on Saturday.

At the memorial service, the imam's son had one simple request as he spoke for the families.

De Blasio has been criticized by the local Muslim community for failing to meet with the victims' loved ones and their neighbors. But he did attend the funeral to pay his respects to the families, and he spoke briefly with the imam's sounds before addressing the crowd."When we see two innocent men; two good men; two men of the cloth killed in such a violent manner, it pulls at all our hearts; all our souls," de Blasio said, "and we too are focused on justice."

The will of the crowd was not broken down under scorching sunlight, as they cried for peace and clarification by the NYPD to call the murders what the community believes they are.

"Two people just got murdered and NYPD saying this might not be a hate crime. I would like to ask NYPD, what is it then? Come on. Somebody comes from behind and shoot you for no reason -- imam and his assistant?" said mourner Muhammad Ali. "Come on, this is common sense."

Home surveillance video showed the imam and Uddin gunned down by a man near Liberty Avenue and 79th Street in Queens as they walked home from afternoon prayers around 2:15 p.m. Saturday. They were not robbed.

The video shows the victims in traditional Islamic clothing, with the imam using an umbrella for shade. The imam's friend is right next to him as they walk together. The video then shows the suspect coming up from behind them, lifting his arm.

The suspect then shoots both of the men. Afterwards, the suspect walked away with no apparent urgency.

With the help of the video and witness statements, police developed a sketch of the suspect, who is described as a tall man with a medium complexion, wearing a dark polo shirt and shorts.

The incident left the community on edge and grieving."He's a good guy -- why somebody hurt him I don't know," Rezwan Uddin, the victim's nephew, said.

Police say the men were attacked from behind, leaving Uddin to believe his uncle and the imam were targeted because of their faith.

Politicians and advocates gathered around the mosque on Sunday.

"How could you not be concerned about your brother your mother your father and your children? And this is when we all have to come together," Comptroller Scott Stringer said."While we do not yet know the motivation for the murders of Maulama Akonjee and Thara Uddin, we do know that our Muslim communities are in the perpetual crosshairs of bigotry," de Blasio said in a statement following the incident. "It remains critical that we work to bridge the divides that threaten to undermine the greatness of our city and country."

The Council on American-Islamic Relations is expected to announce a $10,000 reward for information leading to the arrest and conviction of the shooter. The grieving community was hoping the latest development would lead to charges.

"Hopefully it is the right person," said mourner Sharif Uddin "If not, they need to do more to apprehend this person as soon as possible."

De Blasio also promised that starting Monday, there would be an extra NYPD presence protecting mosques and people in the community.