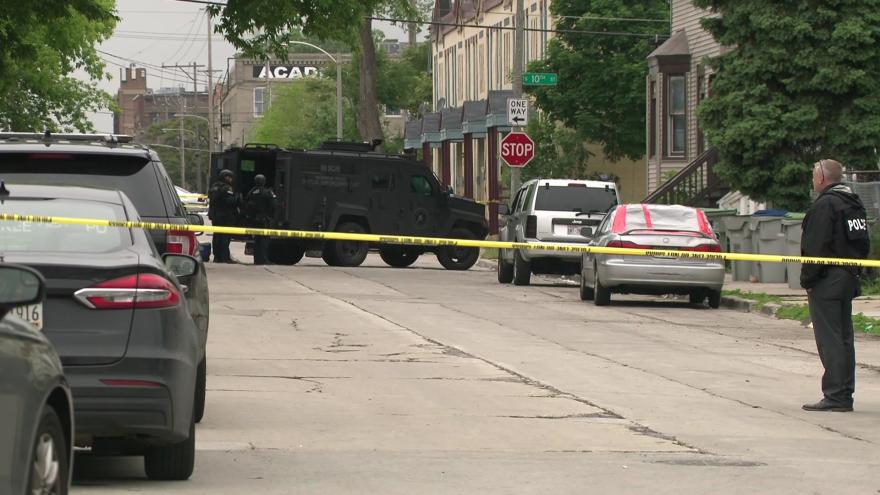 According to police, the suspect was allegedly holding several individuals hostage inside a residence.

Officers made contact with the hostages inside and moved them to safety. However, the suspect barricaded himself and refused to exit.

It was determined the suspect was wanted for several other offenses.

After several hours of negotiations, the suspect, a 27-year-old Milwaukee man, was arrested without further incident.