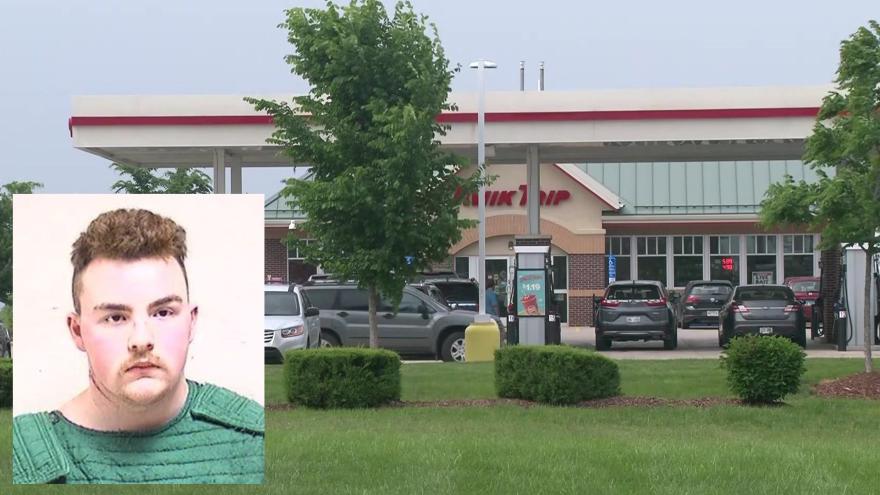 VILLAGE OF SOMERS, Wis. (CBS 58) -- A 19-year-old Kenosha man is facing charges after allegedly pointing a gun at a Kwik Trip employee in the Village of Somers Monday, June 13.

According to the Kenosha County Sheriff's Office, Jonathan Petersen went to the store to confront a female employee that he previously worked with elsewhere. The employee told deputies that Petersen pointed the gun at her and said if anyone came near him, he would shoot her.

The sheriff's office says Petersen dropped the rifle when confronted by law enforcement, but raised a knife to his own neck and yelled for deputies to shoot him. Deputies then tasered him.

Officials say the rifle was later determined to be a realistic-looking airsoft rifle.

Petersen was arrested and taken to the Kenosha County Jail.

He's charged with 16 counts of making terrorist threats and for violating a restraining order.

VILLAGE OF SOMERS, Wis. (CBS 58) -- Kenosha County deputies took a man into custody at Kwik Trip Monday, June 13, after he reportedly entered the store armed with a rifle and knife.

The individual was confronted by deputies and a supervisor after entering the gas station near 31st and Green Bay Road around 1:19 p.m.

Officials say the 19-year-old man complied with instructions to drop the rifle, but refused to drop the knife. He was tasered by law enforcement and taken into custody.

Authorities say no patrons or officers were injured during the incident.

Anyone with information is encouraged to contact the Kenosha County Sheriff's Department Detective Bureau at 262-605-5102 or to remain anonymous, call Kenosha County Crime Stoppers at 262-656-7333.