MILWAUKEE (CBS 58) – A car crashed into the front of a Milwaukee BP gas station on Wednesday and the incident was caught on surveillance video.

Milwaukee Police said it happened while they were trying to pull the car over after investigating a nearby armed robbery.

The surveillance video shows the suspect car parked at a gas pump. Once the occupants realize a police squad pulled into the gas station, they drive forward and crash into a light pole. Then, the car backs up and slams into the front of the store. Officers are seen getting out of their squads with guns drawn to approach the car. 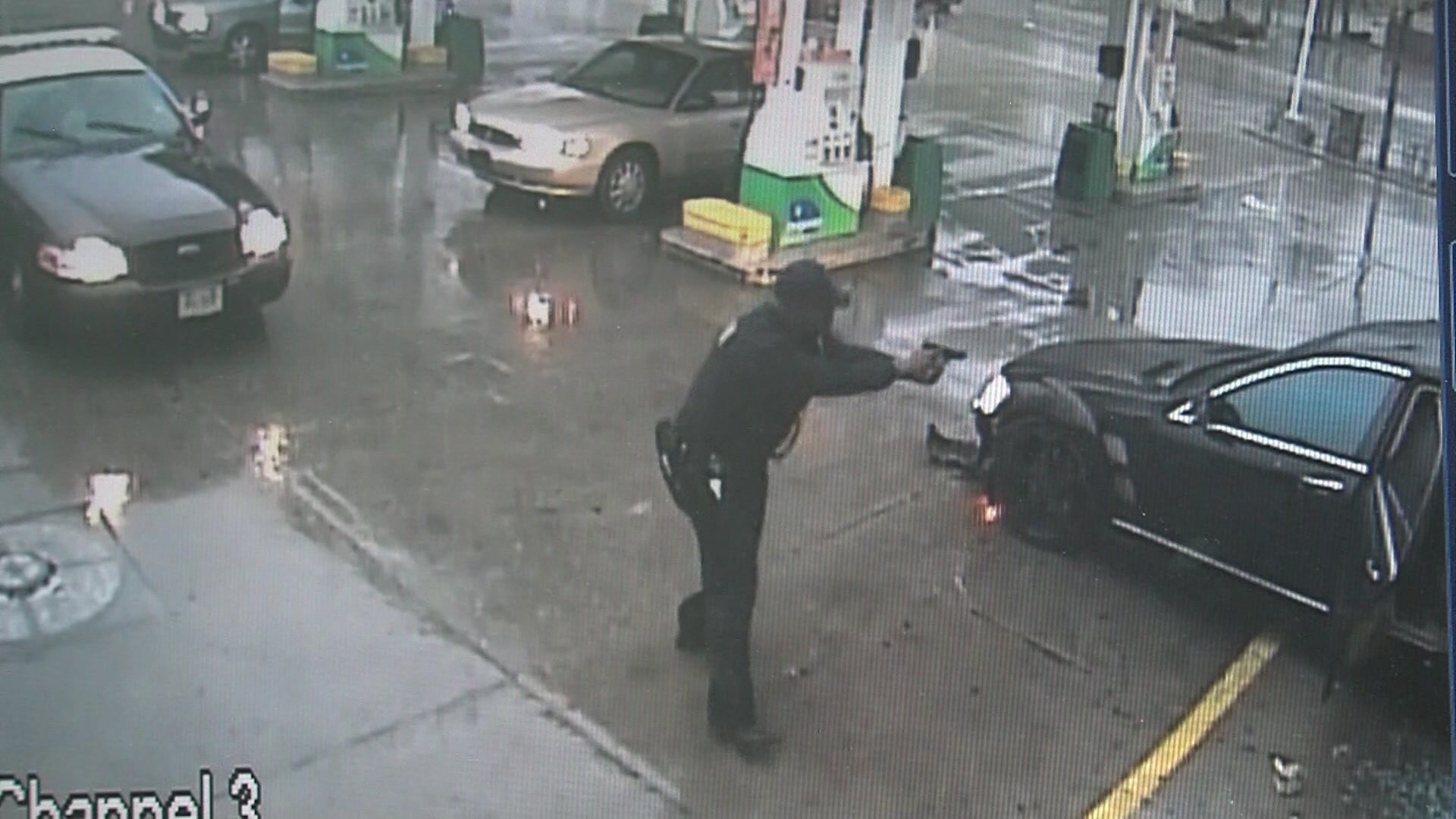 One passenger tried to escape through the store but was caught by police.

Authorities say the 25-year-old driver was taken into custody. The two passengers were arrested on drug charges. No one in or around the gas station was hurt.