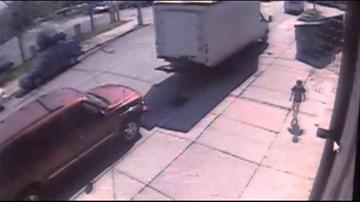 MILWAUKEE-Police have concluded and surveillance video confirms that a little boy was walking alone and into the street when he was fatally struck by a school bus at Cesar Chavez and Mineral on the city's south side Wednesday afternoon.

According to the Medical Examiner's report a driver traveling in the opposite direction of the school bus saw what was about to happen and hit the horn, but the bus driver didn't hear it, possibly because of a loud generator from a nearby food truck .