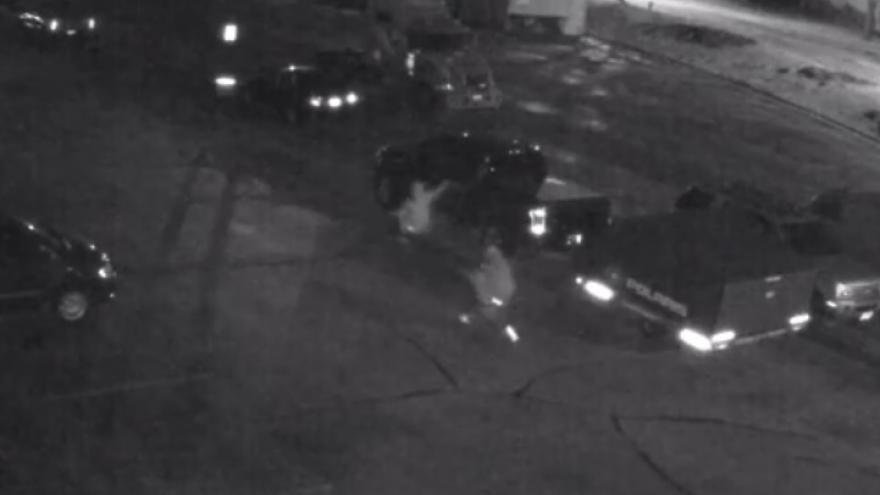 The incident was recorded on Friday, Oct. 11.

In the video, two people wearing hooded sweatshirts, are seen riding through a parking lot near the old Pick 'n Save building on North Spring Street. One suspect can be seen pointing a gun at a dark-colored truck.

On Oct. 8, days earlier, Beaver Dam police received several complaints of windows being shot out with a BB gun. The Dodge County Sheriff's Office helped take one person into custody in connection.

Police reacted to the latest incident saying, "it should make anyone that respects other people's property upset."