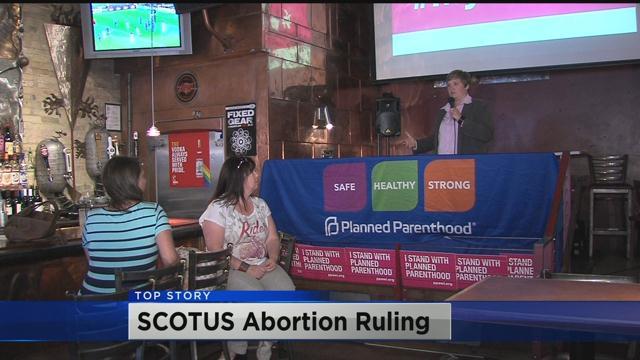 A day after striking down an abortion law in Texas, the US Supreme Court announced it will not hear an appeal from Wisconsin that sought to place restrictions on doctors who perform abortions.

This is the ruling that Attorney General Brad Schimel says he expected.

By refusing to hear Wisconsin's appeal, the Supreme Court essentially is essentially upholding a ruling by a Federal appeals court last year that struck down Wisconsin's abortion regulations.

Advocates there said it was to mark not just the Texas decision, but for the likely outcome here in the Badger state, as well.

Meanwhile, Wisconsin Right to Life says they are disappointed in the ruling.

Tanya Atkinson/Planned Parenthood Wisconsin: "We have contended that this law is unconstitutional and the lower 2 courts on our case and agreed. And they have made it clear on no uncertain terms that there is no evidence that points to these laws protecting women’s health and safety."

Chelsea Shields/Wisconsin Right To Life: "We've seen losses at the supreme court before but we know we can continue our legislative efforts and we know we can still do a lot to protect unborn lives."