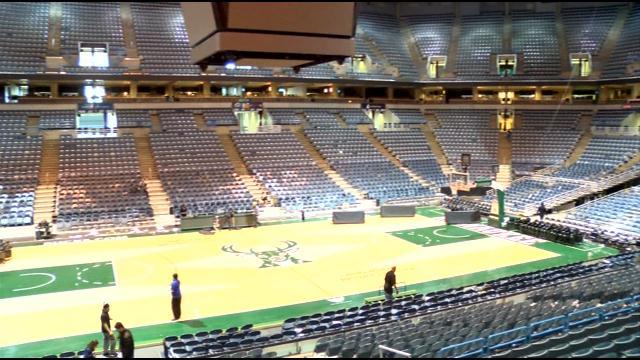 It looks like momentum is shifting towards a new Milwaukee bucks arena, and supporters are celebrating.

At the Surg in downtown Milwaukee, organizers held a rally Tuesday night to support business growth near the new Bucks arena.

\"It's not a done deal yet. There are a lot of question marks and just because it's in the governor's budget. That doesn't mean it's a done deal either”, said Ian Abston, the co-founder of the Newaukee group. “Tonight is about the start of a group that's going to support this.\"

Last week, Governor Walker announced he has a plan to keep the bucks in town without adding new taxes.

The plan would include 220 million in State bonding to help build a new arena.

The bonds would then be paid back using income taxes paid by every NBA player who plays in Milwaukee.

But again, the plan is not a done deal or a location for the new Bucks arena.

\"It's got to be in downtown Milwaukee”, said Ian Abston. “You got to put it where the density is. You have to capitalize on the investment.\"

An organizer with the group Fuel Milwaukee said a new Bucks arena is a key factor to new development in Milwaukee.

\"It's a huge economic development engine for restaurants, and small businesses and entrepreneurs that are cropping up in the downtown area”, said Corry Joe Biddle.