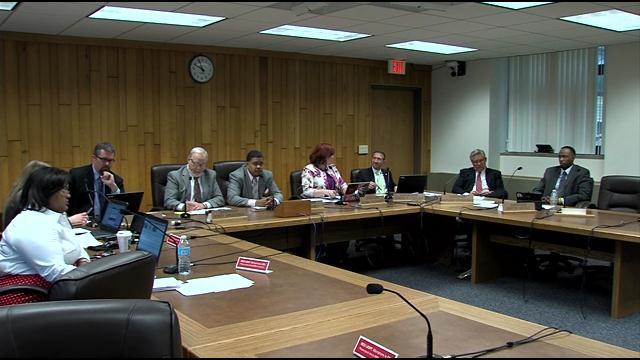 “Mr. Chair, I actually have a meeting about now with some other legislators, updating them on this budget,” Abele said during the meeting.

After presenting his budget, and taking a handful of questions, Abele left for a meeting his office says was scheduled before this budget meeting was on the calendar.

Chairman Theodore Lipscomb was clearly upset that supervisors were unable to ask questions.

“The public would like to understand the answers to many of these questions,” Lipscomb told Abele. “I’m very disappointed.”

The somewhat abrupt ending came after several objections to a proposed $60 wheel tax, which Abele says would generate $27 million in revenue that would fund bus replacements, road and bridge repairs and the GO Pass program.

“How do I justify to the people in Franklin, Oak Creek and Hales Corners, where the buses barely penetrate their corners, why they should pay this additional wheel tax?” said Supervisor Steve Taylor.

People already pay a $75 state fee, and in Milwaukee there is another $20 fee. Meaning with county tax, Milwaukee residents would pay $155 and if you live outside the city it would be $135.

“I think the city of Milwaukee really takes a licking with this county wheel tax because we're already paying twice and this would be the third time we're being asked to pay a wheel tax,” said Supervisor Peggy West.

Abele says it's not his first choice, but it's necessary.

“We can't continue going forward without some new revenue,” Abele said. “The vehicle registration fee is the one legal tool we have.”

The budget now moves to the finance committee and a public hearing is set for October 31.