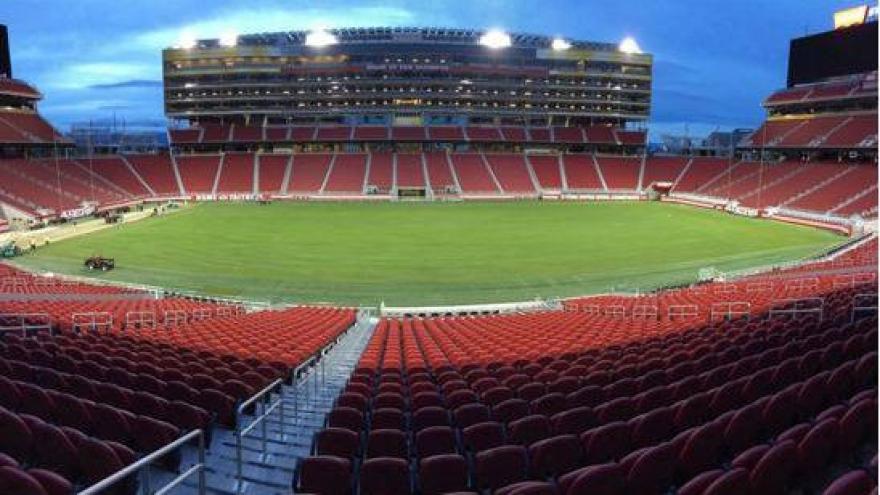 (NFL.com) Super Bowl 50, to be held on Feb. 7, marks the golden anniversary of the league’s championship game. Over the past 50 years, the Super Bowl has become one of the biggest sporting events in the world. Last year, a record audience of 114.4 million viewers watched the New England Patriots defeat the Seattle Seahawks in Super Bowl XLIX.

For such a high-profile event, the NFL makes sure that the game’s playing surface can stand up not just to the game, but also to the events related to it — including the elaborate halftime show.

This year, Super Bowl 50 will be played in the San Francisco 49ers’ home, Levi’s Stadium in Santa Clara, California, on a custom turf grown by West Coast Turf, a Livingston, California, sod farm that is providing the Super Bowl playing surface for the eighth time.

West Coast Turf has been growing the new playing surface — 75,000 square feet of a proprietary blend of hybrid Bermuda and rye turfgrass sod — for 18 months.

“The sod needs to be prepared to handle the Super Bowl, the pregame and halftime shows and all of the various rehearsals and events in advance of game day,” said John Marman, West Coast Turf’s vice president of sales and marketing.

“The stage they use for the shows takes about 500 people to roll on and off the field,” he said. “We can’t have ruts. The matting on this new sod material prevents rutting, thus keeping the integrity of the field. That results in a safer field, and player safety is paramount. It is an exceptionally heavy-duty product.”

Once the turf arrives at Levi’s Stadium, it will take West Coast Turf and NFL personnel about two days to install the field. The 2-inch-thick playing surface will then go through the NFL’s field certification process in the days before Super Bowl 50 to make sure it is ready for the big event.