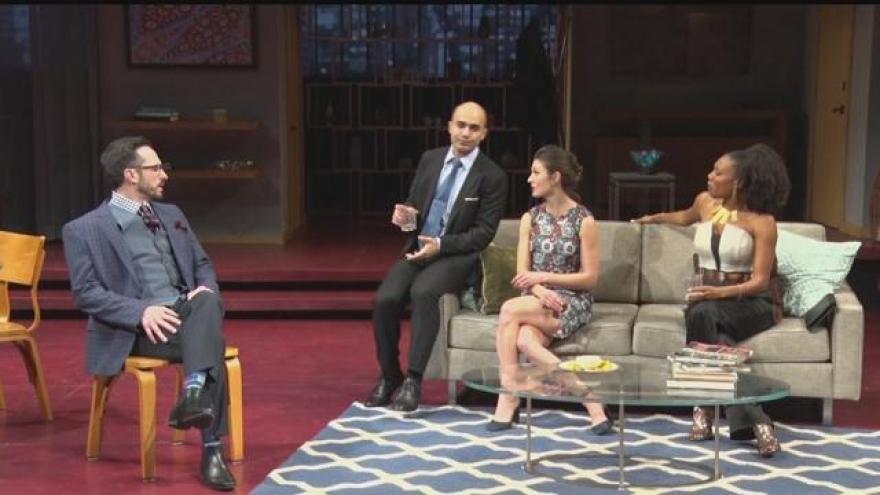 A powerful play written by an equally provocative playwright, screenwriter, actor and author is getting rave reviews.

The drama “Disgraced” is now playing through February 12th. It appeared on Broadway and stages throughout the world and became the most produced play in America last year.

Akhtar remembers 30-years ago when he first began visiting the Milwaukee Rep as a patron.

This Ivy League educated theater and film talent wanted to write about his experience as a Pakistani-American born in New York and raised in Brookfield and Elm Grove as the son of Pakistani immigrants.

"It took me a long time to come out from under the imprint of that desire to be a certain kind of writer, a certain kind of artist.  And when I did, that was the moment that my own past, my own history, my own community.  People I knew that I grew up with, things that I experienced, that I'd seen.  Those things legitimately become the subject that I could write about," says Akhtar.

Akhtar began writing about the Muslim experience in America as a screenwriter, starring in and co-writing the terrorist drama "The War Within." As an author in his 2012 debut novel "American Dervish" about a Muslim's boy’s struggle with identity and religion growing up in suburban Milwaukee.

Since his breakout play "Disgraced" premiered in 2012, the multi-talented Akhtar has been among the most in-demand playwrights in America.

Akhtar has a special bond with his hometown theater.  As a member of the Milwaukee Rep's Associate Artists Program, four of his plays are being staged here, "Disgraced" was the second.

The final play will be specifically written for the Rep's 2018-19 season.