The countdown is on! Summerfest gates open in less than 24 hours 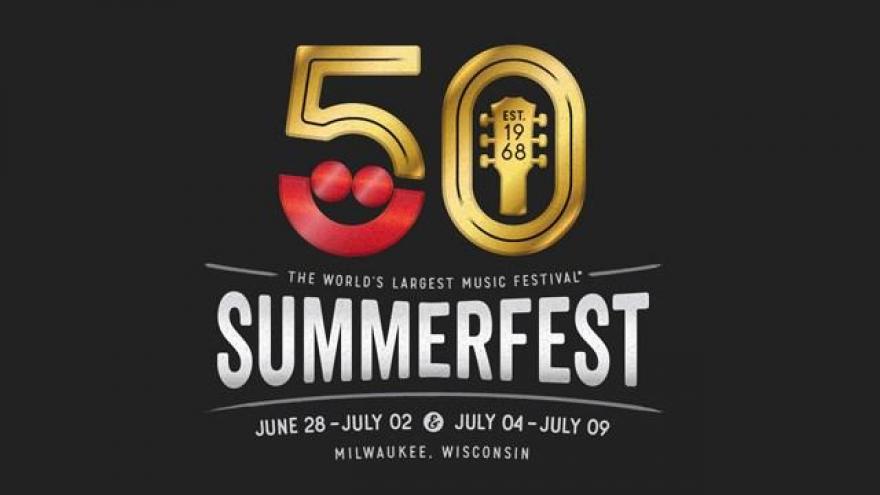 The countdown is on! In less than 24 hours, the gates will open for the 50th Summerfest.

Summerfest's CEO says it's the perfect time to celebrate the present and reflect on the roots of the world's largest music festival.

"In this timeframe, Summerfest has grown into a longstanding tradition in the community with music for fans of every genre low ticket prices, the thousands of jobs we provide and the economic impact of 186 million dollars. I'm confident that Mayor Maier would be proud is confident as the status as the world's largest festival," said Summerfest CEO Don Smiley.

Henry Maier was Milwaukee's longest serving mayor who came up with the idea of Summerfest in the 1960's. To mark the Big Gig's golden anniversary, a massive banner with the iconic Summerfest smile logo now hangs on the front of city hall.

The gates open at noon on Wednesday, June 28th. From noon until 3 p.m., you can get in free with a donation of three non-perishable food items. All donations will benefit the Hunger Task Force.

The Red Hot Chili Peppers will be headlining the night at the American Family Insurance Amphitheater. Around the grounds, you'll hear Flume, The Moody Blues, Frankie Ballard, and Misterwives.