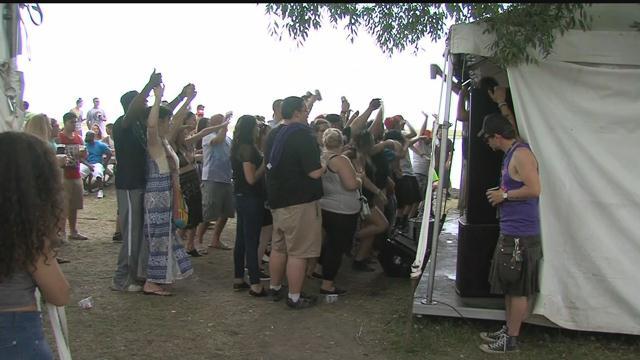 It is hard to believe that there are only a few more days of Summerfest. A lot of big names, Pitbull, Def Leppard, have been performing on the big stages. But, how about the smaller, locally-based musicians? They're performing for the crowds, as well.

"This is our first time at Summerfest, so, we didn't know what we were getting in to. You know, we figured if it would be on a Wednesday at 5 o'clock, maybe we wouldn't get the best turn out, some people might be at work," said Yogie B and Keez.

They were performing their hearts out before a big crowd on, what's known around Summerfest as, The Rebel Stage.

"It has just been difficult to get gigs, you know? We're in a city with a lot of, if you don't have a name or someone with a name, it's very hard to get somewhere," they said.

"Whatever artist we can find in Milwaukee, we want to give them a chance to play the world's largest music festival," said Eowin McCarthy, with Rebel Music.

The Rebel Stage will be remembered as one of the guys first big gigs, and who knows what the future will hold.

"We know there's a lot of great people here, we're just happy to be a part of it, honestly. We'll worry about trying to outrun them when we're on the big stages," Keez said.