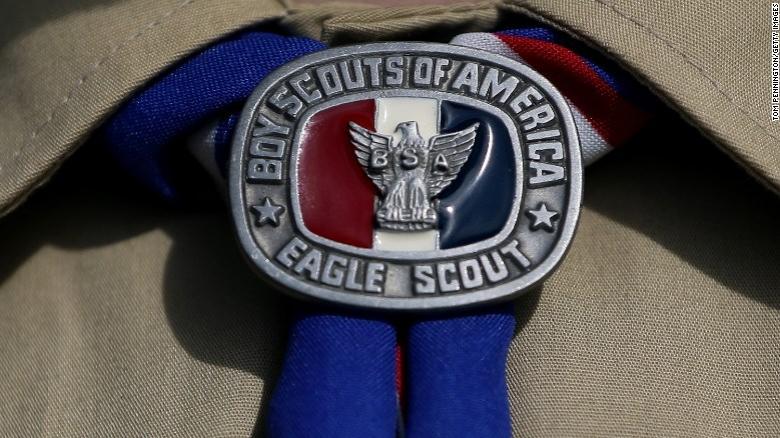 (CNN)Seventeen former boy scouts say in a lawsuit filed last month that they were sexually assaulted by their former scout leader between 1963 and 1975.

It is the largest single lawsuit filed against the Boy Scouts pertaining to one scoutmaster, according to Goff.

"This is like a pedophile breeding ground," Goff said about the organization, which she said at the time of the alleged abuse "encouraged one-on-one time with scoutmasters."

The lawsuit accuses the Boy Scouts of negligence: knowing that "scouting was being used and exploited by child molesters to gain access to and gain the trust of Scouts," yet doing "nothing to alter its Scouting program."

In addition to the 17 John Does formerly of Dennis' Ridgefield, Connecticut, troops, two unnamed women allege abuse by the scoutmaster and are included as plaintiffs in the suit. The plaintiffs are seeking compensatory damages from the Boy Scouts and other defendants.

In a statement, the Boy Scouts extended its "deepest sympathies to any person who has been hurt by child sexual abuse" and said they had just been made aware of the specific allegations outlined in the suit last month.

"Recognizing youth protection requires sustained vigilance, in the more than 40 years since these events took place the BSA has continued to develop and enhance our efforts to protect youth," the organization said.

Goff said her clients came forward after the 2012 release of a set of explosive Boy Scout reports by unassociated attorneys, detailing cases of more than 1,000 leaders and volunteers banned from the group after being accused of sexual or inappropriate conduct with boys.

"These men want closure and they want justice and they want this to stop happening," Goff said of her unnamed clients. "The Boy Scouts have gone through the motions -- they want more," she said.

Philip Newbury, a Hartford attorney representing the Boy Scouts, said he could not comment on pending litigation.

Goff said her clients did not come forward earlier because "in the '60s, this stuff wasn't talked about."

She was the first person that some of her clients, many now married with children, ever told about the alleged abuse.

Now, some of the victims have spoken to each other, and it has been "very comforting," Goff said.

"When they can speak to each other, they can get a different level of an understanding. So yes it has been very comforting," she said.