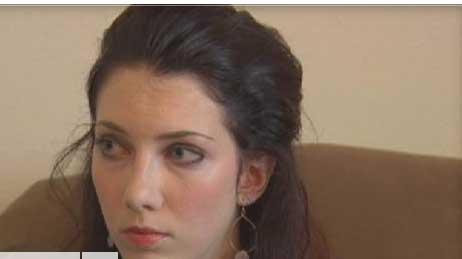 CEDAR RAPIDS, Ia.  (CBS NEWS)-- A former substitute accused of having sexual contact with an Iowa student said in an interview with CBS affiliate KGAN that the relationship lasted months and the school was partly to blame.

Twenty-four-year-old Mary Haglin was arrested Friday and charged with sexual exploitation by a school employee. Authorities say she had a sexual relationship with a 17-year-old boy who attended Washington High School, south of Cedar Rapids. Haglin told KGAN that she regrets what took place.

However, the suspect said the school knew about the relationship and bears some of the responsibility.

"The environment that the school put me in didn't help to curb anything," Haglin said. "These people all knew what was going on and yet they turned a blind eye because they wanted to protect their school. They didn't want it to get into the limelight."

The district says that after its investigation it notified the substitute placement system on May 18 that Haglin should be removed from the system, barring her from teaching at district schools. She was reportedly then released from Washington High School. But Haglin was re-assigned and worked for a short time as an elementary substitute at the end of the 2015-2016 school year, after the district began investigating her.

Haglin says the re-assignment was intentional in an attempt to cover up the relationship, but the district maintains that a miscommunication with its substitute placement provider is to blame. The district says it is working to improve communication procedures "to address this so that this will not occur in the future."

Haglin told KGAN she is seeking mental health counseling. Her next court date is scheduled for August 12.