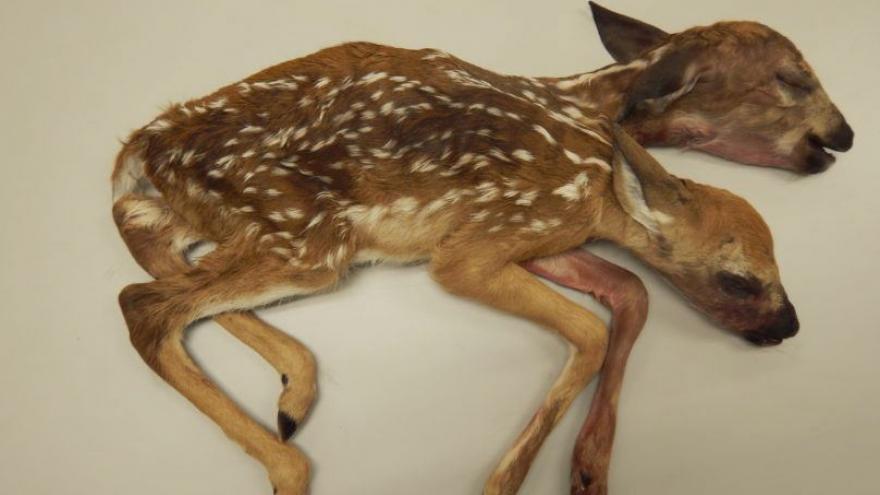 The mushroom hunter discovered the fawn about a mile from the Mississippi River and called the DNR right away. Experts say it looked like the mother had cleaned the two-headed doe, though testing on the animal’s lungs confirmed it never breathed air — it was stillborn.

The authors of the study performed an X-ray and CT scan on the animal and learned it had one liver and one set of lungs, but two hearts and two spines. Researcher Gino D’Angelo from the University of Georgia — who was working for the DNR when the deer was discovered — says the animal’s anatomy meant it was never a viable calf.

A stuffed version of the animal will be on display at the DNR’s headquarters in St. Paul, while a skeletal display will be at the University of Minnesota Veterinary Anatomy Museum.