Student stabbed by another student in Kenosha 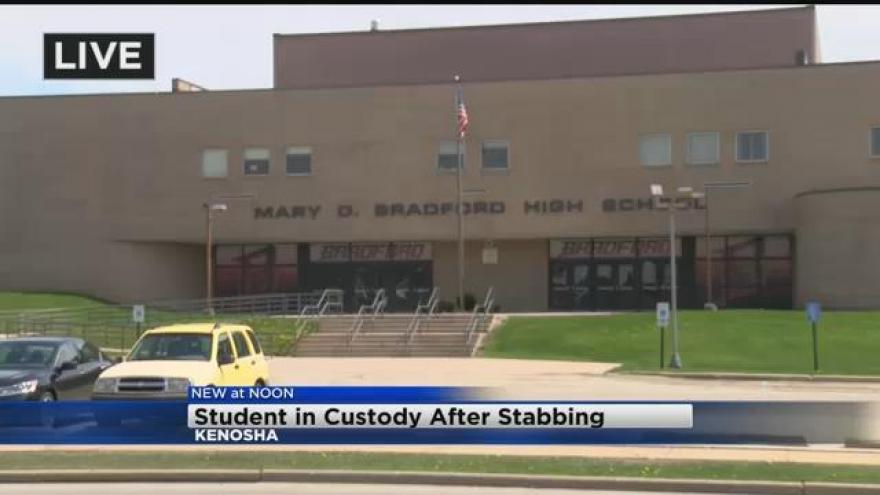 The victim of the stabbing has been flown by Flight for Live to an area trauma center where they are currently being treated for life threatening injuries.
Kenosha Police Department Detectives are continuing their follow up investigation.

ORIGINAL: A student stabbed another student at Bradford High School in Kenosha on Tuesday morning.

According to Kenosha Police Department, the incident happened around 8:25 AM at Bradford High School.

The high school is located at 3700 Washington Rd.

The school is currently in soft lockdown, however the suspect is in custody.

According to police, there is no further threat to students, staff, or the community around Bradford High School. The weapon used in the incident has been recovered.

Kenosha Police detectives are currently at the school conducting further investigation and evidence work. At this time, no details will be released on the identities or status of the suspect and victim.