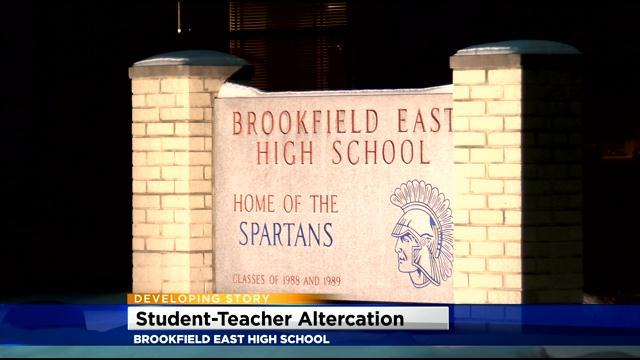 Brookfield police are investigating an altercation involving a student at Brookfield East High School that ended with two staff members being injured.

According to police documents, an officer responded to the school just after 8 a.m. Wednesday to investigate a property complaint when he was asked to assist with a 16-year-old student who was involved in a physical altercation with two staff members outside.

Police would not elaborate on what led to the altercation, but say two staff members received minor injuries and the student was arrested at the scene.

Officials with Elmbrook School District declined to comment, citing an open investigation into the altercation by Brookfield police.