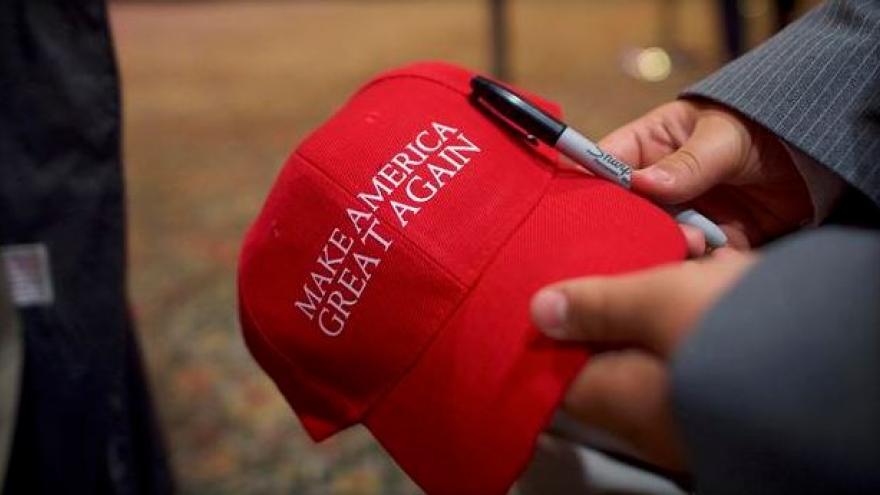 EL DORADO, Calif. (CBS NEWS) -- Authorities in California are investigating an incident at a high school, where a 17-year-old student is accused of being involved in an altercation in her classroom over a Donald Trump "Make America Great Again" campaign hat.

Cellphone video shows some of the incident which allegedly took place inside Union Mine High School in El Dorado County, California.

In the video, the teacher is seen trying to subdue fired-up 17-year-old senior Jo-Ann Butler after she allegedly became enraged at a classmate for wearing the "Make America Great Again" hat.

CBS Sacramento reports Jo-Ann Butler grabbed the hat off the classmate's head and in an interview with the station, called the hat, quote, "a racist and hateful symbol."

The El Dorado County District Attorney will likely decide later this week whether Butler will be formally charged.

Butler says she made the scene to express her political feelings.

A statement released by the district reads:

"...student and staff safety is our highest priority and the UMHS administration will continue to cooperate with the El Dorado County Sheriff's Office as the incident is being investigated."

CBS Sacramento reports that besides her arrest, Jo-Ann Butler has been suspended from school for a week.