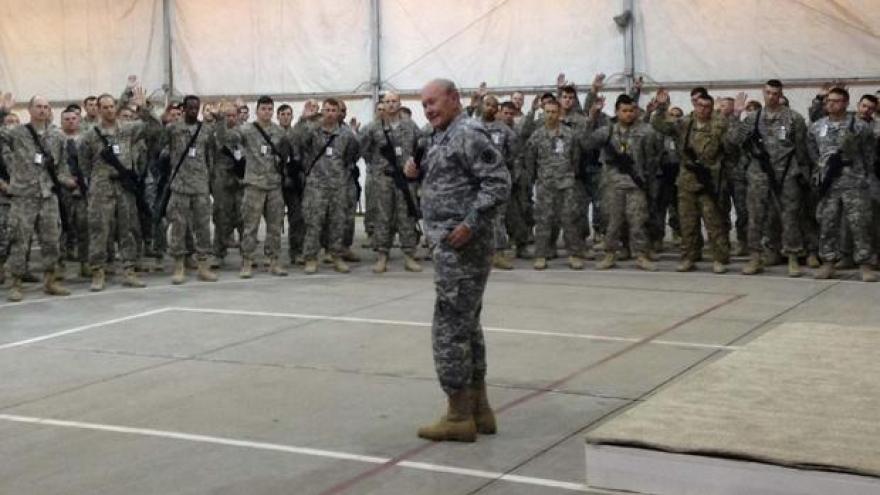 WASHINGTON -- For the first time since 2005, the U.S. Army missed its recruiting goal this year, falling short by about 6,500 soldiers, despite pouring an extra $200 million into bonuses and approving some additional waivers for bad conduct or health issues. Army leaders said they signed up about 70,000 new active duty recruits in the fiscal year that ends Sept. 30 -- well short of the 76,500 they needed.

The Army's shortfall, said Maj. Gen. Joe Calloway, was fueled by the strong American economy and increased competition from private sector employers who can pay more.

The failure has triggered an overhaul in Army recruiting, including an increase in recruiters, expanded marketing and a new effort to reach out to young, potential recruits through popular online gaming.

"We obviously thought we would do better than that," said Calloway, director of military personnel management for the Army, when asked about the recruiting gap in an Associated Press interview. He said there were several thousand permanent legal residents seeking to enlist, but they did not get through the screening process in time. And, he said that in the last three years Army recruiters have brought in 3,000-5,000 more enlistees than planned during the last three months of the fiscal year.

"There was hope that they would be able to do the same thing this year," he said. "That did not pan out."

The recruiting struggles come at the end of a tumultuous year for the Army, which faced questions from Congress over its expanded use of waivers for recruits with previous marijuana use, bad conduct and some health problems. The debate prompted the Army to cut back on some waivers and require higher level officers to approve ones involving drug use and some health and conduct issues.

Top Army leaders have repeatedly said they are not lowering standards to meet higher recruiting goals. But they have faced skepticism from Congress, amid concerns the service would repeat mistakes made during the peak of the Iraq and Afghanistan wars more than a decade ago when it rushed to add soldiers to the ranks to meet deployment needs. At that time, the Army brought in more recruits with misconduct waivers, triggering discipline and other problems.

The Army is on track to grow to 483,000, triggering increased recruiting goals. Initially the Army was supposed to recruit 80,000 this year, but that was cut to 76,500 in April, as more serving soldiers re-enlisted.

Military recruiters have struggled to compete in a growing U.S. economy, with low unemployment rates and private companies paying more to graduating seniors. Only about 30 percent of 17- to 24-year-olds meet the physical, mental and moral requirements for the military, and only one in eight are interested in serving.

Finding those few is a challenge.

When recruiters call a parent or other adult, "nobody wants to talk to us," Muth said. "If we do get ahold of a potential recruit, they actually don't want to talk to you on the phone, what they want to do is meet you online first in some type of digital format and then, if they agree to meet with you, you can get the phone call."

So, Muth said Army recruiting is moving deeper into the online world.

That will include sending teams of recruiters into CrossFit sports competitions and popular gaming contests such as Ultimate Fighter, Madden Football or the addictive Fortnite: Battle Royale, an online survival game.

Muth said an Army recruiter from Baton Rouge, Louisiana, who has a high ranking on Ultimate Fighter, served as an emcee at a recent tournament. He said the soldier was in uniform and was able to talk about his Army job while on air.

"We reached 2.4 million people over one hour, and he was able to get the message out," said Muth.

The goal, he said, is to have recruiters in uniform playing the games in tournaments, reaching out to their target audience. The soldiers will be restricted on the games they will be able to play, and there will be oversight by senior officers.

In addition, he said the Army's Golden Knights parachute demonstration team, the Marksmanship Unit and other similar teams that travel the country will now be used mainly as recruiting tools.

"When these games or these events occur, the focus and the number one priority is recruitment and prospecting and getting leads," said Muth.

The immersion into gaming is reflective of a larger online presence that recruiters will use to find and reach recruits. Muth said they will now use Facebook, Twitter, Instagram, Snapchat and Twitch on their government phones to speak online with young people.

He said if a recruiter visits a high school and a student "likes" the local recruiting Facebook page, the soldier can follow up and message the student to see if they are interested in the Army.

It's too soon to tell if any of the new online maneuvers are working. Muth said the first quarter of the year will be critical.

"I don't have benchmarks yet," he said. "But history will tell you if you talk to any recruiter, you've got to come out strong. And it's the momentum you build that carries you through the year."

The Navy, Air Force and Marine Corps all met their recruiting goals for 2018.