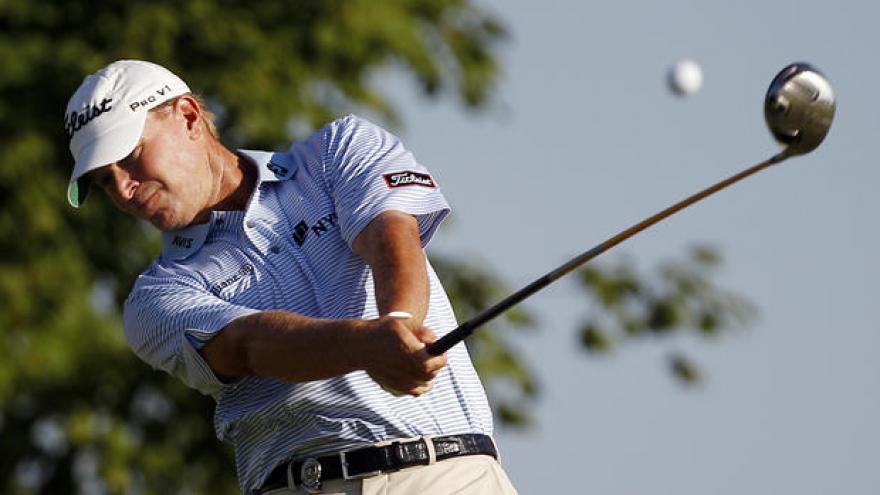 Stricker, seeking his third PGA TOUR Champions win this year, birdied his first two holes on the University Ridge Golf Course and finished with nine birdies for the round. His sole bogey was on the 9th hole.

He finished with a one-stroke lead over Brad Bryant and three strokes ahead of John Daly, Steve Flesch and Colin Montgomerie. Madison’s Jerry Kelly and World Golf Hall of Famer Bernhard Langer are in a group of 10 players who are four shots back.

“There's only three rounds (to PGA TOUR Champions events), so you need to have a do-it-every-day kind of attitude,” Stricker said. “I did well today, and I've got to do the same thing tomorrow, and just keep doing what I'm doing. Just keep putting the ball in play and giving myself opportunities.”

Second-round play of the American Family Insurance Championship begins at 9 a.m. (CT) Saturday, with players starting on the first and 10th tees.

Saturday will also feature the championship’s celebrity foursome with Brett Favre, Derek Jeter, Andy North and Lee Trevino. The group will play a 9-hole scramble, starting on the 10th hole at approximately 1:30 p.m., following the final tournament group for the day.