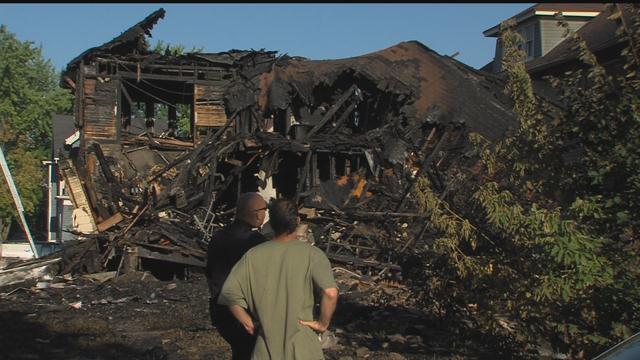 New details have been released about a fire in Milwaukee's uptown neighborhood.

Neighbors want to thank a good Samaritan for saving their lives.

"A young man that was walking down the street on his way to work woke us up, he was beating on my door,” said Sherri McNeil.

McNeil’s neighboring duplex was on fire and quickly growing.

“We could have been dead for smoke inhalation or anything, I thank god for that young man," said McNeil.

Firefighters were called out around 4:00 AM.

It's been years since anyone has live there according to neighbors.

With the recent unrest in nearby Sherman Park, investigators are curious as to how this fire started.

“There was no electricity or gas service to this building, so we are pursuing it at this point and time as a curiosity of how a fire could have started without one of those two things,” said an investigator.

The roof and back side of the duplex completely collapsed and caved in. the heat of the fire, charred and melted the siding of both neighboring homes.

There was also some damage, but families will be displaced.

The Red Cross is assisting. McNeil is just grateful no one was hurt and wants to extend her gratitude to the man that stopped to help.