Storm Ushering in Rain and Wintry Mix to Wisconsin! 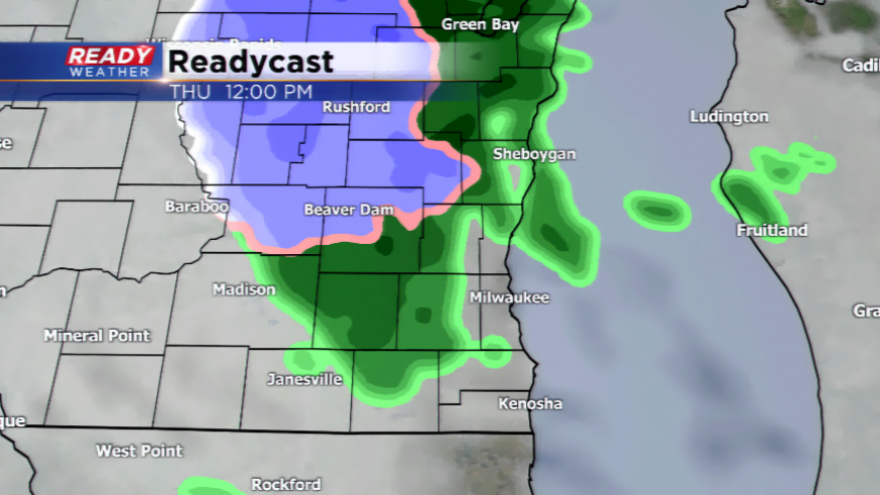 Spring storms are always fun for forecasters.  It’s a major challenge for meteorologists, regardless of the season, to project when/if any snow will occur with cooler air wrapping around the storm.  The phase changes that go on in the atmosphere are very complex.  It can be in the 40s at the surface, and the area can still see a wintry mix or snow.

The best chance of snow is later this morning and early this afternoon.  Our western and northwestern counties will have the best chance as this is where the coolest air is situated.   The biggest concern with the wintry mix, as always, will be driving in it.  A few locations in western and northern Wisconsin could see a few inches of snow.  Wow! Winter Weather Advisories are in play for far northern Wisconsin.

The rest of the area will slowly see rain exit by later this morning and early Thursday afternoon.  Rainfall totals will likely range between 0.50” to over 1”. Temperatures are too cool to see any thunderstorm activity, but a rumble of thunder wouldn’t surprise me.  More rain could follow by tomorrow afternoon, and also later this weekend!

West Allis family of six displaced after fire, worried about safety during pandemic