Store Responds After Mouse Found in Food at Lena's on Teutonia 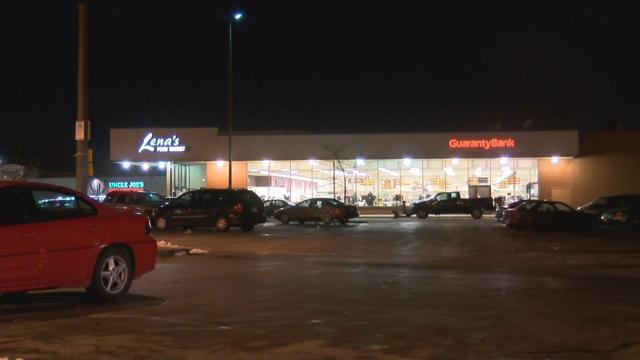 Imagine going to your local grocery store and finding a dead mouse mixed in with packages of bacon. An image from a Milwaukee store has picked up a lot of attention put online and now the store is responding.

We went to Lena's on Teutonia to talk to customers and get their reaction and what we found out is some think there's bigger issues than just this mouse.

"I don't shop at Lena's because I think it's low quality, their food is not up to par in my opinion," said  Takiyah Evans

"The food is nasty, the store is never clean," said  Frantrina Harris.

But for many in this area, which Alderman Ashanti Hamilton calls a "food desert," its their only choice.

Like many others in this neighborhood Willy Lowe walks to Lena's. He was surprised to hear that a mouse was found in the store.

"I'd probably still shop there but I never found anything there in the store that was like that," said Willy Lowe.

We did speak with a lifelong Lena's customer who says he's been inside this store many times and has never had any problems, thinking that this is just a one time incident.

"Lena's is a black community store, family owned and I think they have underlying issues but they're getting it together," said Brandon Charles.

And Charles says Lena's brings more than food to the area.

"There's a lot of resources they bring to the community, as far as employment. They do help people with rides," said Charles.

In a statement released Monday Lena's says the store is located near road construction and a large number of vacant buildings which creates a perfect storm for unwanted intruders. They say owners have pulled and destroyed any and all affected products, thoroughly cleaned and sanitized the area, sealed off entry points and ramped up pest prevention.

But even with the cleaning, neighbors are split on whether they'd go back to Lena's.

"Yeah. I'd shop here. What am I gonna do? You can go to another store and find the same thing. Or worse. So. Just one mistake, one little mouse got loose and he got stuck in the bacon," said Lowe.

"It makes me not wanna go back, I wouldn't go back. Thats quite disgusting. That means its getting into everything in the store," said Evans.

We tried going into Lena's to check things out for ourselves and we were denied entry.