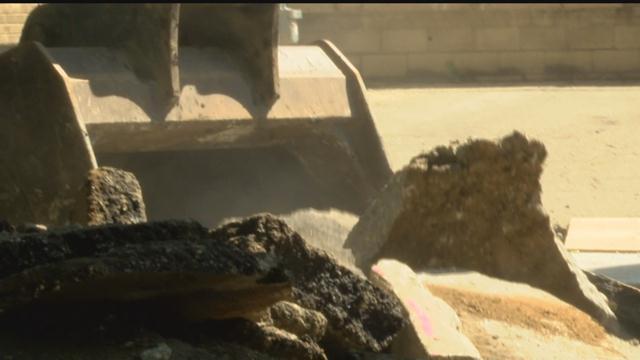 Almost four months after the start of a $20 million dollar streetscaping project in the heart of Wauwatosa, some business owners say they are taking a hit -- with one owner claiming it got so bad, he was forced out.

"Our business was actually getting to be very exceptional in Tosa Village, until the construction started," said Claiborne Green, who owns Luci Boutique.

He has one Luci location in downtown Milwaukee, and had another location on Underwood Ave. in Tosa, but closed it after being there less than a year.

"We just couldn't hack it," Green said. Whenever you own a business, if redevelopment goes on and you're seeing a revenue loss, it's very smart to pull out right away, than to continue."

But while Green blames the construction for his closure, those heading up the project say -- that's not true, and that Luci Boutique was going to close the Tosa location, anyway.

Jim Plaisted, the Executive Director of the project, says successful small businesses in the village are embracing this transformation.

"All of them have their eyes on the prize," said Plaisted. "They know what the finished product is going to look like."

$15 thousand was allocated for marketing efforts at the start of the project, Plaisted said, adding that many businesses are using social media to let customers know their open.

"We've been planning for this," Plaisted said. "This was discussed two years ago. There was plenty of planning time to make changes to their budgets and make sure they were going to be able to absorb this inconvenience."

Green admits he could've done a better job posting to social media -- but the big traffic was lack of shoppers.

One business owner on Underwood Ave told CBS 58 he's getting about a quarter of the business he was before the start of the construction.

Meanwhile, the project is slated to end by the end of this year.

Luci Boutique will move its Tosa spot to an storefront in Walkers Point.