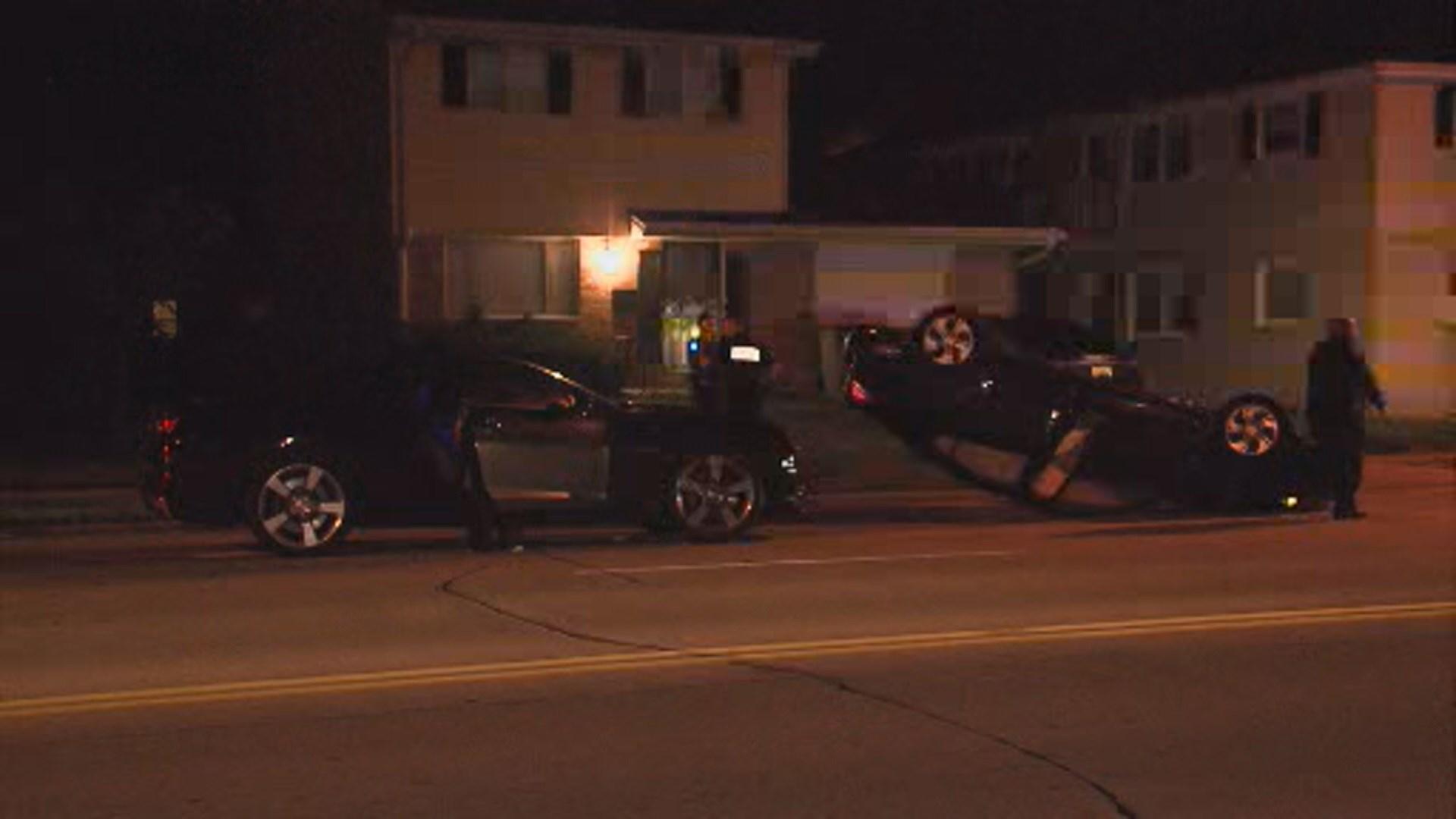 Milwaukee Police are looking for a number of individuals involved in a three car accident on Hawley Road near Park Hill Avenue early this morning.  The accident occurred around 4 AM.  Two of the three vehicles involved were stolen about 45 minutes earlier from the area of N 72nd and W Stevenson Streets.  How the accident happened is unclear, but according to the Police, when the two stolen vehicles collided one rolled onto its roof and the other onto its side.  An unknown number of people in the stolen vehicles fled on foot while the driver of the third vehicle, a woman, remained at the scene.  According to Police, she was uninjured and her vehicle received minor damage.