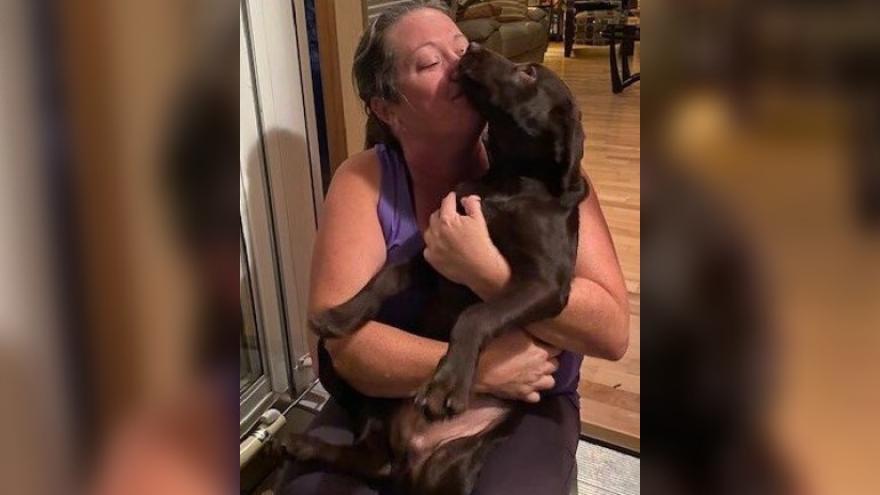 DANE COUNTY, Wis. (CBS 58) -- A chocolate lab puppy is back home with his rightful owners after going through a scary ordeal in Dane County this week.

The Dane County Sheriff's Office says on Tuesday, Sept. 28, a home in Madison was burglarized and the homeowners reported one of their most prized possessions that was stolen, their chocolate lab puppy named Doyle.

Wednesday night, Sept. 29, deputies responded to a crash on the US Highway 51 and I-90 ramp in the town of Burke. Inside the vehicle, a dog matching Doyle's description was found inside.

Authorities were able to confirm it was Doyle by his microchip. He was returned to his owners.

Officials say the driver of the crashed vehicle was 15 years old. He was arrested, cited for absolute sobriety, and later released to his mother.

The teen claimed he bought the dog at a yard sale, the sheriff's office confirmed.

We couldn’t be happier that we were able to make this reunion happen! Doyle, the stolen puppy, has been returned to his rightful parents! #petsarefamily #teamdane pic.twitter.com/2tNr7jXwcJ