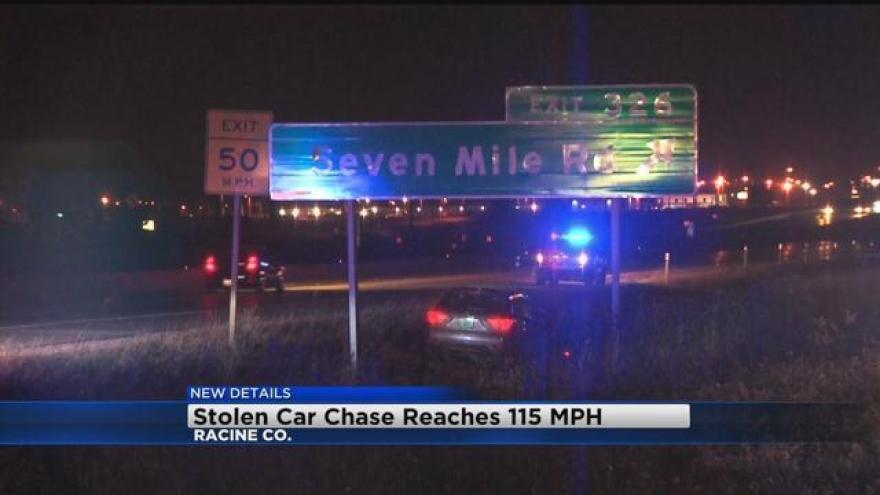 The Racine County Sheriff’s Office recovered one of five stolen cars on Monday.

The cars were stolen from inside of an Infiniti dealer in Libertyville, Illinois.

The suspects crossed the state border into Wisconsin.

Racine Sheriff's office got involved and started to chase one of the slower vehicles.

Police said the suspects were going more than 100 miles per hour without headlights.

Deputies used spike strips to blow out the tires.

The vehicle hit another car on the road at the time, and skidded into the ditch where two teens got out of the car and ran.

Authorities still haven't found the two teens, or the other cars, but whether they're crashed or scrapped the dealership does have a way to trace the parts.

"Those doors are traceable, even if they take the sticker off,” said Gregory Mauro, Gregory Infiniti Dealer Principal.

Gregory Infiniti is stepping up its security after the thefts.

The dealership will keep their keys for all vehicles locked away, and will block garage doors to keep the vehicles from driving away easily.