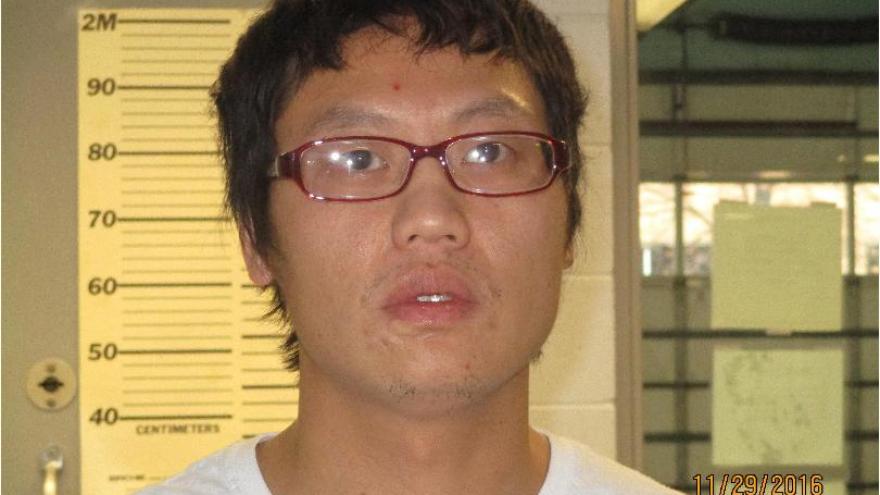 STEVENS POINT, Wis. (WSAW) -- A 29-year-old Stevens Point man will be criminally charged after a report from a doctor specializing in child abuse investigations showed a 4-month-old baby had likely been strangled, in addition to other injuries.

Khengzing Yang is expected to be charged with physical abuse of a child and child neglect resulting in bodily harm.

An investigating began in July 2015 after an anonymous person called the dispatch requesting a welfare check on the baby.

During the investigation, a deputy noticed a large bruise across the baby's nose to his eye, marks near his collar bone, and a scar on his chest to his belly button. The deputy also said it appeared as if the baby's diaper had not been changed in several hours.

According to court documents, Yang said he had been bathing the baby in a sink when the child's foot turned off the cold water, resulting in a burn, creating a scar. Yang told the deputy he thought the boy's mother would take the child to the hospital, but she never did. The child's mother said she did not take the baby to the hospital because several days had passed since it occurred when she became aware of it, and Yang had already been treating it with Neosporin.

The doctor that evaluated the baby said the marks on his neck appeared to be the result of strangulation, bruising on his face was indicative of being slapped, trauma to the forehead was caused by a large amount of force. The child also had bruising on the abdomen. The doctor told investigators the child should have been medically treated for the burn due to the amount of pain the child would have been in. The doctor said Yang's story was unlikely, do the child's age and size he would not have been able to kick off a faucet.

A witness said the faucet didn't have handles, rather a twist motion to turn the water on and off.

An assistant district attorney at the Portage County District Attorney's office said their agency received the reports of the case in April.

“Our priority in these cases, is always the safety of the children”, explained ADA Dan Hess during a phone interview.

He said the investigation was lengthy as witnesses had to be tracked down and in some cases re-interviewed.

Information about who is taking care of the baby could not be released due to privacy issues.